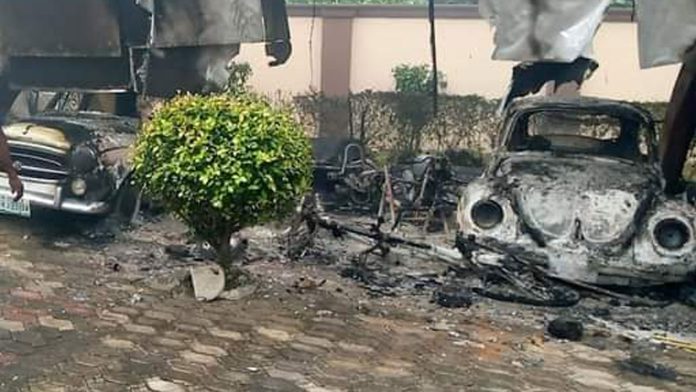 Three persons were reported killed while houses and cars were razed in the outbreak of violence over the selection process of a new king in Agosasa, a town in the Ipokia Local Government Area of Ogun State.

The incident was said to be as a result of a lingering tussle over who should be the new monarch following the passage of the last monarch of the town about six months ago.

It was gathered that the whole scenario was about a section of the community leaders who insisted that due process must be followed.

An indigene, who pleaded anonymity, stated that had the candidate in question obtained statutory documents, the chieftains wouldn’t have had any reasons for objection.

“What due process implies is that any candidate in seclusion should have adhered satisfactorily to the rule of law,” he said.

The crisis was reportedly escalated with the death of a popular youth leader who was reportedly shot dead in the heat of the struggle to ensure the emergence of a candidate.

Though the police said one person was killed, some residents who spoke with journalists, claimed that two more persons died during the retaliation by some aggrieved youths who later razed houses and cars of prominent politicians in the community.

The police spokesman in the state stated that houses and vehicles burnt during the violence were owned by the duo of Akeem Adigun and a former council chairman Isiaka Aderounmu.

Oyeyemi said normalcy had been restored in the area while some persons were arrested for their alleged involvement in the crisis.

He cautioned the people against resorting to jungle justice in expressing their grievances and advised them to seek legal redress while relying on the approved system for resolving chieftaincy issues.