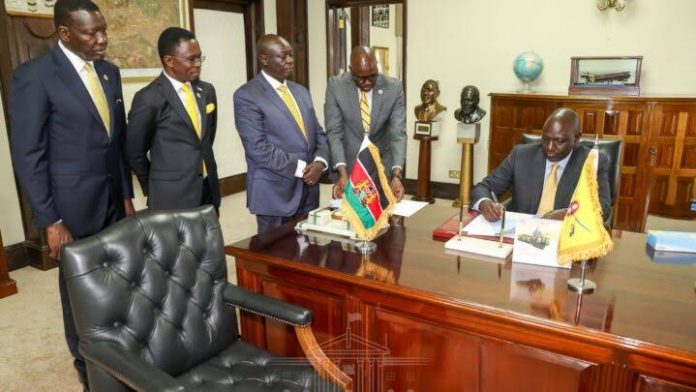 William Ruto has been sworn
in as the fifth fifth president of
Kenya.

According to the interior ministry, 60,000 people,Bincluding 20 heads of states, wer at the event at Kasarani Stadium

President Ruto has immediately appointed the six judges that were nominated for appointment some time ago by the Judicial Service Commission.
Immediately after his inauguration, President Ruto kicked off his official duties by signing two separate gazette notices appointing four Court of Appeal judges and two Environment and Land Court judges at State House, Nairobi.

The two Environment and Land Court judges appointed by the Head of State are Makori Evans Kiago and Cheruiyot Omange Judith Elizabeth.