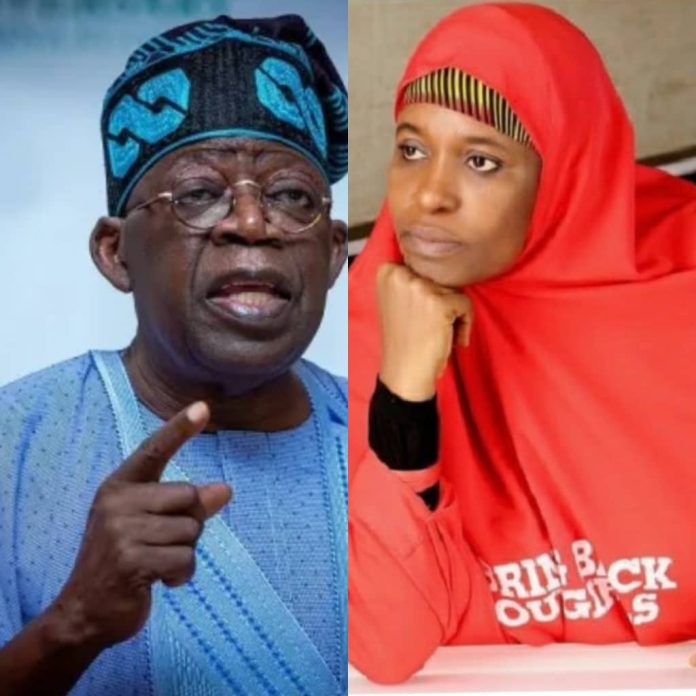 Popular activist, Aisha Yesufu, has thrown shades at the presidential candidate of the All Progressives Congress, Bola Tinubu, for bending down to greet the mother of Senator Orji Kalu in a viral video, on Monday.

The video which was posted on Twitter by the Spokesperson for the APC 2023 Presidential Campaign Council, Festus Keyamo, yesterday, has drawn a lot of reactions on the social medium.

Keyamo described the action of the presidential candidate on his official Twitter handle, @fkeyamo, as Tinubu being fit as a fiddle.

He wrote, “As fit as a fiddle, @officalABAT arriving the home of the mum of Sen. Orji Kalu earlier yesterday, Sunday and bending down to greet her as an elder. The real unifier, @officalABAT is moving stealthily to unite his home front.”

Yesufu, however, shaded Tinubu as regards his age to that of Kalu’s mother. She responded to the video on her Twitter page saying, “Isn’t it an abomination for the elder to bend down and greet the younger one?”

See the video below.

Her comment has since dragged in more reactions to the video on social media.