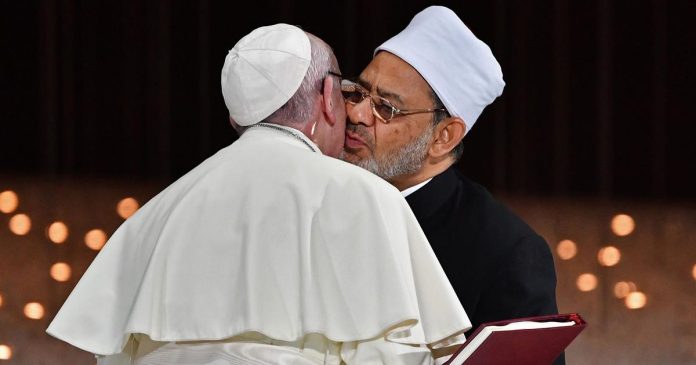 The Catholic Bishops’ Conference of Nigeria, CBCN, has directed its churches to restart the liturgical practice of handshake popularly known as ‘Kiss of Peace’, suspended months ago.

The practice was then suspended following the declaration of the COVID-19 pandemic by the World Health Organisation, WHO, as a global health emergency.

The lifting of the suspension was disclosed over the weekend in a memo titled, ‘Kiss of Peace’, by Rev Fr Cosmas Uzoigwe, Personal Assistant to the CBCN President, Most Rev Lucius Ugorji.

It said the decision to lift the suspension was taken by the leaders of the church during the proceedings of the just concluded second plenary meeting of the CBCN held in Imo State.

Part of the memo read: “Most Rev Ugorji has directed that the traditional shaking of hands (Kiss of Peace) during Eucharistic celebration and other events in the liturgical celebrations of the Church should resume and come back to life.

“The resolution to commence the liturgical gesture of shaking of hands came following the proceedings of the recently concluded second plenary of the Catholic Bishops’ Conference of Nigeria which was held at Orlu.”