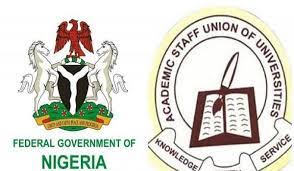 The Academic Staff Union of Universities (ASUU) has cautioned the Federal Government against forcing striking members of the union back to class via court order.

The Federal Government dragged ASUU to court over the lingering strike with the ruling date set.

However, speaking on Tuesday with the Federal Government, the leadership of the House of Representatives, and the lecturers, the president of the union Professor Emmanuel Osodeke, wondered what manner of teaching members will dish out if forced back to the classroom by a court order.

“We are meeting with the ministry of education and the committee of pro chancellors and vice-chancellors and others. As we are doing this, the same ministry of labour ran to court,” he said during the meeting convened by the Speaker of the House of Representatives Femi Gbajabiamila.

READ ALSO:We must not be forced to call off strike, ASUU says ahead court verdict

“I challenge the Minister of education to show that he had called for any formal meeting. I can assure you that in the next 10 years, our public universities will be like public primary and secondary schools.”