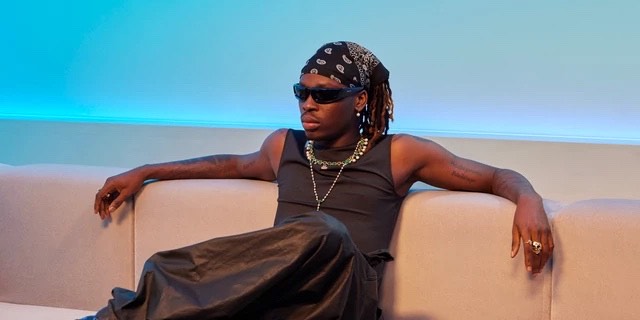 Nigerian international sensation Fireboyduring an interview with Ebro Darden on Apple Music 1 revealed that he and Fireboy are the leading artists of their generation. He also shared that he has more collaborations coming.

Fireboy revealed that he knew the fans would be expecting some animosity between them but instead of giving the fans what they want, they choose to rather collaborate instead of repeating the mistake of the past.

“Myself and Rema are like the two leading artists of our generation, without a doubt. We came together and realized that “Yo, instead of giving these fans what they want, which is beef, let’s collaborate.” We don’t want to repeat any mistakes from the past, we just want to make money. the fans are still doing their stuff, they’re relentless, but we will continue to show love because that’s the only way. We are too advanced for this stuff, so we came together and we want to really give them the obvious club banger that they want.”

Fireboy further revealed that he and Rema has recorded other songs that he hopes to put out in the future.

“We will come together and make proper, proper music, and that’s what we did. We have other songs that are immediate club bangers, but they did not fit into the vision that I had for this album. There are like five more records, like five more Fireboy DML and Rema records. I don’t know about this year, but I’ll be getting it, definitely.”

Fireboy’s ‘Playboy’ album is his latest effort to further prove his superstar credentials. Rema’s appearance on the album was a sign of the friendship and respect that exists between the two Afrobeats superstars.