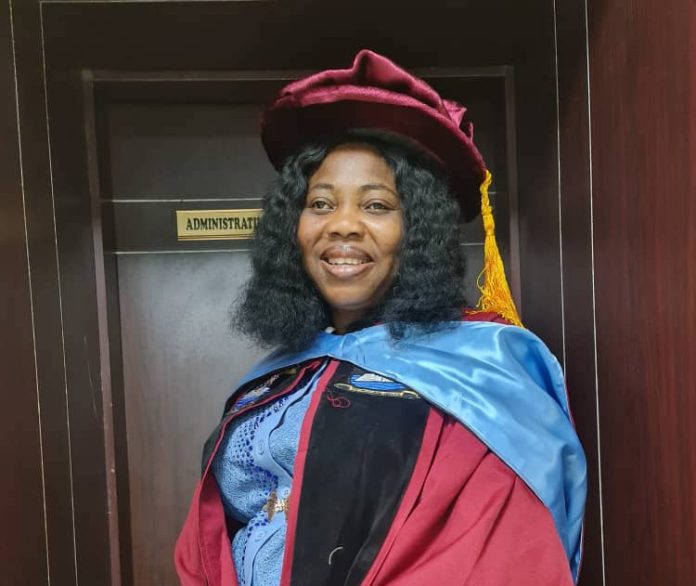 Talk of the violent taking it by force, that is what the Nigerian students have been doing in the past few weeks. They have taken their destinies  in their own hands. Tired of whiling away their lives at home due to the unending impasse between their lecturers and the federal government, these students under the aegis of the National Association of Nigerian Students have hit the streets unleashing untold hardship on road users that cross their paths.

They started on the Lagos-Ibadan Expressway before moving to the Ile-Ife/ Oyo axis -blocking movement for many inter-state travellers. It was the turn of Lagos on Monday and I had my  own share of the package when the students took over all the routes leading to both the local airport  and the Murtala Mohammed International Airport in Lagos. Those of us on that axis that day were reminded of the unsavoury impact of ASUU strike.

This  suffering notwithstanding, I would be the last person to blame the students for their action. I can only blame them for acting too late. But better late than never! Now they have succeeded in drawing the public’s attention to their plight and brought the over seven-month strike that has kept them at home to the front burner again.

Honestly, the way Nigerians had been carrying on as if nothing was amiss in the midst of this long strike has been baffling. Now the students have forced the public to remember them by making life uncomfortable for them. That isn’t a bad idea at all. I know some people think NANS should have mobilized the students to Abuja, to disturb the powers that rule the country instead of disturbing little mortals that are equally as helpless as them. I agree but I also know that getting access to those powerful entities is nearly impossible.  Can they go near Aso Villa? They will be crushed! So, it makes a lot of sense for them to choose us the soft targets-the ordinary Nigerians as the recipients of their anger.

This has further reinforced the fact  that the ordinary people will always bear the brunt of bad leadership. I only hope that the masses that are being used by political bigwigs now will borrow themselves some brains. Those who think they are rich and having fake sense of security should  also remember that when the chips are down, their wealth can fail them.  They may not be rich enough to buy their own highways or walk in the skies in the time of trouble.

The students have told us that blocking of access to public roads and ports is just a warning. Should  government fail to reach an agreement with their lecturers within two weeks, they said Nigerians will witness more protests and rallies.  They also  said we will witness their  annoyance, anger, and frustration. May we not be in need of an emergency when these students decide to unleash their anger and annoyance.

Meanwhile, I will advise the students to give the political class a dose of what they are giving the common Nigerians. Perhaps if they are able to prevent political campaigns from holding across the country as they have promised, it could help them to get the required attention that will guarantee their quick return to class. Because right now, the only thing that matters to our politicians is 2023 and how they will seize power. I don’t think they would want anything to disturb that process.

It is unfortunate that Nigeria is not too good at keeping records. Otherwise, we would have known the real cost of this ongoing ASUU strike. The cost is far beyond Naira and Kobo.  Some students must have fallen into depression and they may never get out of it for life. Some could have killed themselves. Obviously, so many have lost focus. I am aware of a medical student at the Obafemi Awolowo University who is now a tailor. It would have been okay if all she wanted was to learn a vocation while the strike lasted, but the problem now is that she is frustrated having lost four years all in the name of wanting to study medicine and she still does not know how and when she would graduate. She stayed home for about two years after her secondary school education because she insisted on studying medicine. She got admission and has  so far spent four years and still in 200 level. Almost all her secondary school mates are done with their National Youth Service Scheme. I don’t know how many students  are in her shoes. Nigeria may have lost many future surgeons, engineers, lawyers, etc.  to this strike but our leaders don’t care.

There are students that may never get the opportunity to work in certain organisations because they would be too old to be accepted as fresh entrants when they finish school. Many firms set age limit for freshers these days. Others will never have the opportunity of participating in the National Youth Service Corps Scheme because they would have passed the mandatory age of 30 years when they finish schooling.

There are many students who gained admission but were yet to resume before the ASUU strike began.  These ones don’t have a status. They are neither students nor candidates. The Joint Admissions and Matriculation Board has told us that the admission of a total of 1,050,322 Nigerian students into tertiary institutions for the 2021/2022 academic session was suspended due to the ongoing strike.  That was a story that should have generated concerns, but it was treated as one of those things. These students can’t seek transfer to private universities; they have to sit UTME again to be able to do that.

Now, more parents and candidates are losing hope in our public universities. That was how our public primary and secondary schools lost their value. They are now left for the poor. Little wonder, we see children sitting on the floor and using blocks as desks in these schools. Some pupils even kneel down to write. We rarely pay attention to what happens in these schools again. Everybody is struggling to send their children to private schools.  Education at that level has been commercialised.  Quality is compromised. How can a government that cannot guarantee quality in its own schools ensure quality control in the private schools?

In the midst of this, Nigerian leaders know how to make us laugh and forget our sorrow. Take for instance President Muhammadu Buhari speech at the 77th session of the UN General Assembly currently taking place in New York where he  was lecturing world leaders  on the pivotal role of education.  Our President was teaching world leaders like Germany, the UK, Sweden, USA and a host of others on how to improve equitable and inclusive access to quality educational opportunities because according to him, no country can develop beyond the capacity of its educational system.

These are  countries that are  running  superb educational systems from primary to university levels. There is no point reeling out statistics on these countries. Suffice to say that these are

the countries that Nigerians are running to for good education.

A friend of mine studying for her PhD in the UK told me that 14,000 Nigerians applied to her school in this 2022/2023 session alone. That is just one school in England. And guess what, it is a public school – a government owned institution. If these people had destroyed their education, would Nigerians be running there paying through their nose -many of them engaging in post-colonial slavery all in the name of accessing good education?

Now that the National Industrial Court of Nigeria (NICN) has ordered ASUU to suspend its ongoing strike immediately, it’s obvious that the lecturers may not get anything concrete from these long -wasted months of academic session.

Should ASUU obey the court, the students will still suffer in the long run. ASUU President, Professor Emmanuel Osodeke,  has given us an idea of what to expect. According to him,

“If the courts force the Nigerian academics to go and teach against their will, it’s just like a court forcing a doctor to treat a patient against his will, how many of us will go to that doctor?” I don’t even think this ASUU will go back to class on the strength of the court ruling.

NANS has said that the government should ensure a proper ending to the strike by acceding to the ASUU  demands which it (the government ) willingly entered into with them, and properly fund education.

Truth be told, this court ruling has only complicated things.  Those who think the court order will force the lecturers back to the classroom are mistaken. The union will  appeal this court order and subsequent judgements too. Taking the union to court cannot solve the problem.

I think both the Federal Government and ASUU should find common grounds of agreement while stakeholders work on the general review of the operations of Nigeria’s public tertiary institutions for efficient delivery.  The government cannot run away through the backdoor from the problem it created.

Olabisi Deji-Folutile (Ph.D.) is the editor in chief of franktalknow.com and Director of Operations at af24news.com. She is also a member of the Nigerian Guild of Editors. Email bisideji@yahoo.co.uk.