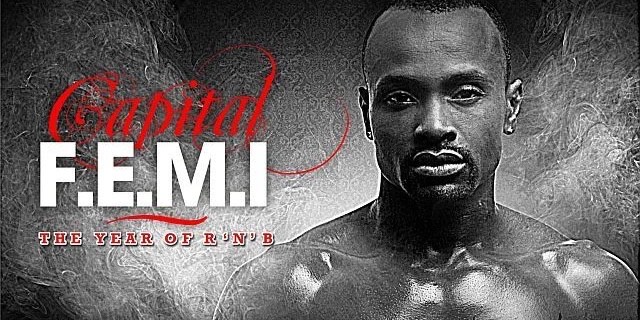 The early 2010s were crucial to the growth and evolution of Afrobeats. The industry soared to new heights with the international success of D’banj’s ‘Oliver Twist’. Ice Prince quickly emerged circa 2012 as the dominant talent on the African music scene. And the arrival of the exceptional talents of Olamide, Wizkid, and Tiwa Savage inspired a new generation of fans.

In the midst of the rise, more artists became confident to showcase their talent in a period where artists were going from relative obscurity to music stars with a hit single.

One of the artists whose talent also defined that era is Capital F.E.M.I, the smooth single R&B artist with richly imported sonics that had the classy persona to match.

His single ‘Baby I Got Money’ feat veteran rapper Eedris Abdulkareem brought him mainstream attention as it perches delightfully on the western R&B sounds many Nigerian enjoyed. His catchy melody and smooth singing invariably caught the tingling ears of female listeners who were the subject of his music. The single earned two nominations at the 2011 Headies Awards for Best R&B Song and Best Male Vocal Performance which he won.

READ ALSO:Rema  I are the two leading artists of our generation,Fireboy tells Ebro Darden on Apple Music 1

On this week’s Pulse Afrobeats throwback, we revisit the album which is one of the high points for R&B in Afrobeats.

The 17-track album was released under the then dominant KENNIS Music which boasts of some of the most talented and successful artists in the history of Afrobeats.

F.E.M.I featured label mates Jaywon, Eedris Abdulkareem, and Joe EL on the album which he used to announce himself to listeners.

He opened the album with ‘Capital F.E.M.I’ where he dazzles with his vocals and announced his appearance as the new star on the block set to redefine R&B in Nigeria.

Rhythm and Blues is a sound whose primary content draws from the subject of love and the album was filled with love tunes. F.E.M.I poured out his heart like a lover while retaining the bad boy appeal that makes R&B and the men who make them so irresistible.

He displayed an understanding of bringing American-styled sonic to the Nigerian audience while deploying some tweaks that add indigenous elements to the album.

He was able to sing in Yoruba while retaining the sonic appeal that defines R&B. On ‘Duro Timi’, he alternates between Yoruba and English in a single that carried R&B and Pop appeal.

His R&B credential was further proven in ‘I found my Wife’ where he fuses Jazz progression with R&B in what was a proud display of his range and understanding of R&B.

On ‘Black and Beautiful’ he makes a love tune for Africa and Kenny Ogungbe’s words captured the growing confidence Afrobeats inspired in Nigerian both at home and abroad.

Overall, F.E.M.I and Masterkraft delivered a well-curated body of work that revived hope for the future of R&B in Nigeria. The album was successful and it enjoyed a decent commercial appeal. It earned Capital F.E.M.I a nomination for Hip Hop Revelation of the Year at the 2013 Headies. In the same year, he also scored a nomination for Best R&B single with ‘Don’t Let Go’.