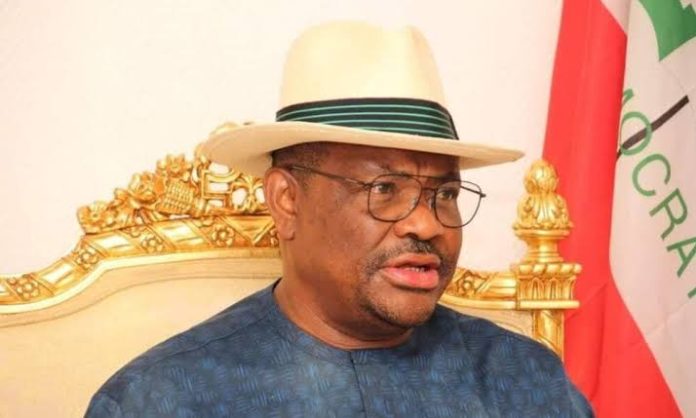 Rivers State Governor Nyesom Wike has called a meeting of the Peoples Democratic Party’s leaders and stakeholders in the state.

The meeting is the first in the state since the party’s presidential primary and the ensuing crisis.

Though the agenda of the meeting could not be determined, a source told PUNCH that party stakeholders in the state had yet to hear directly from the governor due to recent events in the party at the national level.

Therefore, the stakeholders are expected to hear from the governor directly about his position and the next line of action regarding the PDP crisis.

Expected at the meeting are party leaders, members of the state executive council, the party’s local government chairmen, and selected others.

The source said the crucial meeting was connected to the recent crisis in the party, as the governor would brief his men on the position taken by his team to pull out of the party’s presidential campaign council.

This is coming ahead of a press conference scheduled for Friday morning, September 23, 2022, to be addressed by Governor Wike in the Government House, Port Harcourt.

It is believed that the governor may speak more on the feud between him and the party’s presidential candidate, Atiku Abubakar, especially against the latter’s comment on Wednesday.

Atiku had in a response to the Port Harcourt resolution by Wike’s team said nobody could force the National Chairman of the party, Senator Iyorchia Ayu, to resign his position.

The governor, who felt betrayed following the outcome of the presidential primary and Atiku’s pronouncement while picking his vice presidential running mate had vowed to open up on some issues leading to the crisis.

Wike was quoted as saying, “Nothing has happened yet, but something will soon happen.”

A statement is also expected to be issued at the end of today’s meeting which holds by 2 pm, even as invitees are already strolling into government house as of the time of filing this report.