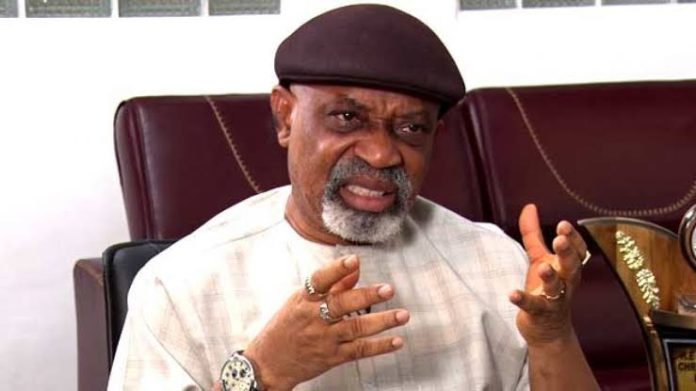 The federal government has told the Academic Staff Union of Universities (ASUU) to obey the National Industrial Court ruling and call off its seven-month strike.

The Minister of Labour and Employment, Senator Chris Ngige, gave the advice while fielding questions from journalists on the margins of the 77th United Nations General Assembly, UNGA, and the Official Launch of the Nigeria Integrated National Financing Framework Report (NIFF).

The industrial court on Wednesday, ordered ASUU to call off its ongoing nationwide strike, pending the determination of a suit filed by the Federal Government.

The federal government had dragged the lecturers to court in a bid to end the strike.

“I’m not ASUU but the maximum in law is that when there is a court judgment or ruling or order you must first obey and then we can apply for an appeal if you so desire or apply for stay that is stay of execution.

“So the maximum in law, jurisprudence and everything about the law, is that you obey the court’s ruling, judgment or order, no matter how bad. The qualifying thing is that no matter how bad and no matter how you disagree with it, you first obey. Like the military people say, obey before complain.

“For example, the House of Representatives had invited us to come and brief them. And together, they are stakeholders. You heard Mr President said to the committee of Pro-Chancellors when they visited him, that he would do consultation as per the two request on putting an icing on the cake on the government offer to ASUU members and the issue of resettlement fund to cushion the effect of the “no work no pay” situation they found themselves in.

“So, President will look at it, the House of Reps are stakeholders, Ministers we are not only stakeholders, we are advisers to Mr. President by the provisions of the Constitution, Section 5 of the Constitution and 147, that appoints ministers one from each state of the Federation, and we hold regular meetings with him, so we are his chief advisers.

“So, we will interface with the House of Representatives and all of us collectively will advise Mr. President,” Ngige said