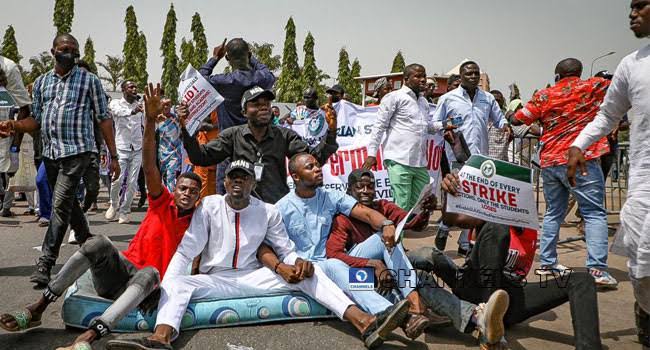 A University student, Soohemba Aker, has prayed the Abuja Division of the Federal High Court for an order of interlocutory injunction suspending the activities of Revenue Mobilisation, Allocation and Fiscal Commission.

RMAFC is responsible for advising federal and state governments on fiscal efficiency and methods by which their revenue can be increased and determines remuneration packages of political office holders.

FAAC ensures that resources are distributed among the beneficiaries of the Federation Account in accordance with constitutional provisions and uphold the interpretations by the Supreme Court on areas requiring such clarification.

The Senate President, House of Representatives Speaker and Governor of Abia (also sued in his own official capacity and in representative capacity for all the other governors of the 36 states of the federation) are 3rd to 5th respondents respectively.

The student, in a fundamental rights enforcement suit marked: FHC/ABJ/CS/1684/2022 and filed by her lawyer, Chukwuma-Machukwu Ume, SAN, had, in addition, sued the Federal Government, Registered Trustees of the Academic Staff Union of Universities as 1st and 2nd respondents.

In the application, Ms Aker prayed the court for an order stopping the payment of salaries, allowances and other benefits of all political office holders at the Presidency of the Federal Republic of Nigeria, including the chief of staff to the president, all Senate and House of Representatives members.

She equally sought an order of mandamus compelling the defendants including members of Senate of the striking universities to return to the 1st respondent (FG) their  monthly salaries, allowances and other benefits received individually or collectively from the day the industrial action of the 2nd respondent (ASUU) commenced till date, pending the hearing and determination of the originating motion.

In a supporting affidavit deposed to, Ms Aker averred that the strike has continued to affect her adversely as her plans of graduating this academic year 2022 and to apply for admissions into the Nigerian Law School had been thwarted.

She stated further that her dreams of becoming a law graduate and a future lawyer are at the verge of collapsing as her sponsor had made it clear that this year was the last year to sponsor her in school, among others.

The matter is yet to be assigned to a judge.