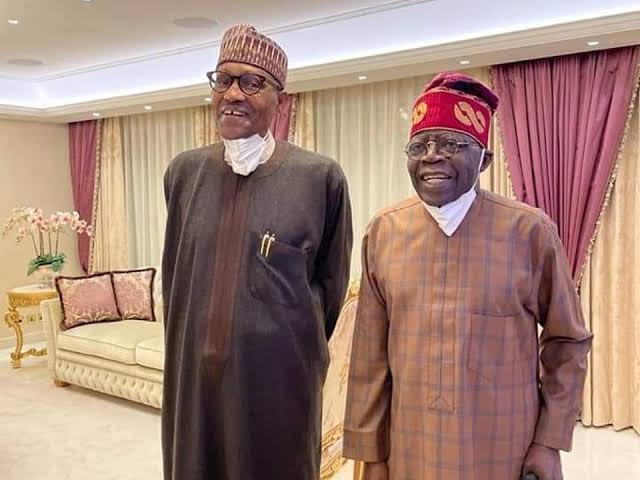 President Muhammadu Buhari and members of the Aso Rock cabals are plotting to retain power in the Northern region in 2023, a presidential source has stated.

According to the source, Buhari and members of the cabals are secretly supporting Atiku Abubakar, the candidate of the Peoples Democratic Party against Bola Ahmed Tinubu of the ruling All Progressives Congress (APC).

The cabals including some members of Buhari’s extended family and friends are the powers behind the throne, SaharaReporters reports.

The group, led by Buhari’s nephew, Mamman Daura, is said to have the ears of the President, influence policies and determine those who get major appointments.

The source added that Buhari before the May 28, PDP’s presidential primary approved the payment of billions of naira to settle debts that the government owed some companies linked to Atiku.

“Do you know why Atiku doesn’t really care about (Rivers State Governor, Nyesom) Wike and others? It’s because President Buhari and the cabals are supporting him,” he said.

“Buhari gave him monies that were owed him to enable him win the PDP primary. He asked the richest man in Katsina, Dahiru Mangal, to defect to PDP and support Atiku; the reason Atiku is calling Wike’s bluff.

“With Atiku from the North, as a presidential candidate, they have asked top northerners to work for him irrespective of party affiliation.”

The Rivers Governor, Wike, had recently alleged that Abubakar was arrogant because someone in the presidency was backing him.

The governor said the same forces at the presidency promised someone the APC presidential ticket but failed to deliver it.

“Why are they being so arrogant? They are arrogant because they believe somebody in the presidency is backing them. But what they don’t understand is the same person in the presidency backed somebody as APC presidential aspirant, and the person failed,” he had said.

“I will tell Nigerians at the appropriate time who is that person in the presidency that is backing them that they are being arrogant.”

SaharaReporters in 2021 reported how some members of the Aso Rock cabal asked President Buhari to place Tinubu on the watch list.

They had accused Tinubu of sabotaging the war against insecurity in the country and instigating Nigerians, especially those from his South-West region, against the Buhari-led government.The group urged the President to order security agencies to investigate the activities of the APC stalwart.

“They accused him (Tinubu) of instigating Nigerians against Buhari. He was also accused of sponsoring different groups to cause unrest across the country.

“I think they (cabals) think this is another method to tame Tinubu ahead of the 2023 elections after a lot of noise in the APC in which his allies lost out. They are doing everything within their power to stop the President from supporting Tinubu’s ambition come 2023,” a presidential source had told SaharaReporters.

Tinubu, a former Lagos State governor, played a key role in the political merger of parties in 2013 which created the APC.