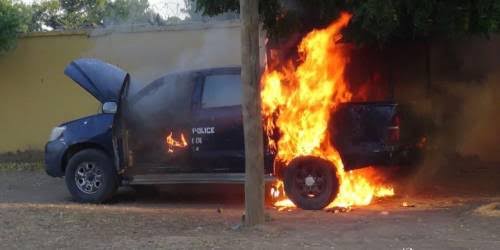 The Ondo State Police Command denied on Friday a social media report that the terrorist group Islamic State West Africa Province had attacked its vehicle and personnel in the state.

According to media reports, a terrorist group attacked and vandalised a police patrol vehicle in the Ipele area of the state’s Owo Local Government Area.

According to another report, terrorists attacked a police vehicle on Thursday in the Ifedore Local Government Area of the state.

According to the report, the ISWAP group has claimed responsibility for the attack.

But the state Police Public Relations Officer, Funmilayo Odunlami, when contacted, refuted the report saying neither the men of the command nor its vehicle was attacked in any part of the state.

She said, “The report is not true. There was no place in Ondo State where our men nor our vehicles were attacked by any group. I didn’t heard of such a report.”