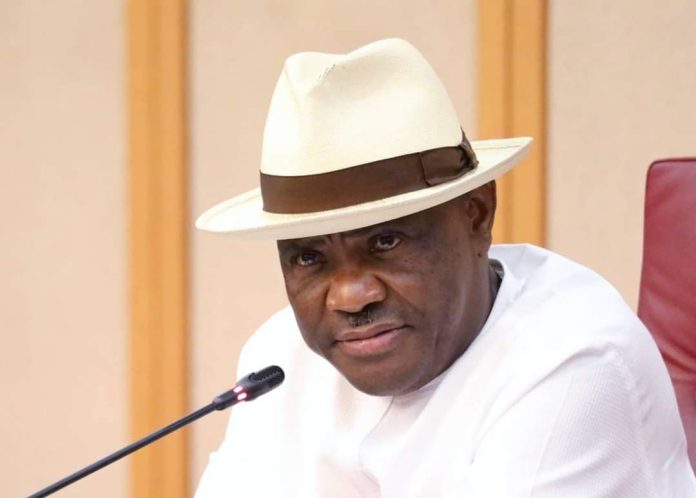 According to the group, the call to remove their national party Chairman, Dr. Iyorchia Ayu, is a ruse designed to distract the PDP and its Presidential candidate ahead of the 2023 general elections.

The National Coordinator of the group, Amb Ibrahim Bala Aboki, stated in a communique made available to newsmen on Friday following its meeting in Kano State that the Governor of Rivers State, Chief Nyesom Wike, is working for Tinubu.

Aboki alleged that Governor Wike’s activities along with his cohorts in recent times have shown that the Governor is using the “Ayu Must Go” campaign to distract the PDP and its Presidential Candidate ahead of the 2023 general elections.

He also alleged that the Rivers State Governor is scared of most of his underhand actions in the state while in office and is making frantic efforts to cover up his ferocious activities.

He stressed that the Governor has been shopping around and talking with Presidential Candidates of APC, Labour, and PDP, but has allegedly signed a pact with Tinubu.

“In the first instance, why is Governor Wike always at the forefront of championing the removal of party chairmen at any given opportunity?

Recall that in 2016 after the loss of the PDP in the 2015 general elections, it was Governor Wike who orchestrated the installation of Senator Ali Modu Sheriff as chairman of the party who nearly destabilized the party, except for the Supreme Court ruling of July 12, 2017.

“In the 2017 National Convention of the party, the same Governor Wike, denied Chief Bode George, Chief Olagunsoye Oyinlola, and others from the South West from producing the National Chairmanship of the party when the PDP zoned the position to the south and championed the installation of his brother, Prince Uche Secondus as Chairman of the party.

“Before Prince Secondus could complete his tenure, Governor Wike again moved for his removal to pave way for his personal and selfish interest of campaigning for a southern president and later installed Senator Iyorchia Ayu as Chairman of the party.

“Today, the same Governor is calling for the removal of Senator Ayu. Is he the only person in the PDP?

“We, therefore, call on the leadership of the party and the Presidential Candidate to go ahead with its scheduled campaigns.

“The group also advised party members and supporters nationwide not to be distracted by Governor Wike’s activities, saying that the governor is already carrying out the job assigned to him by Bola Tinubu”.