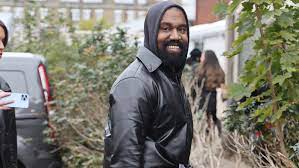 American rapper, Kanye West has change his Instagram profile picture to Kris Jenner, claiming it was done with ‘thoughts of peace and respect.’

The billionaire rapper left his fans shocked after changing his profile picture to a headshot image of his ex-mother-in-law, Kris Jenner

The 45-year-old father of four also explained the reason behind it, saying it was done with the best of intentions.

“I posted Kris with thoughts of peace and respect. Let’s change the narrative he said.

West has had some issues in the past with Kris and most recently, he took to social media to call out the entertainment mogul, who is the mother of his ex-wife Kim Kardashian, earlier this month, claiming she coerced two of her daughters, Kim and Kylie Jenner pose for Playboy.

He posted an image of Kylie associate Victoria Villarroel, saying, “Don’t let Kris make you do Playboy like she made Kylie and Kim do”

He added, “I deal with the addiction, not gonna let it happen to Northy and Chicago.”

Kris Jenner was upset about the jabs West took at her, as she feels she’s done nothing but help him, and she knows if she had responded to Kanye, he would only escalate the situation.

The 66-year-old, Kris Jenner is among the most powerful women in Hollywood, from her first marriage to lawyer Robert Kardashian, she had Kourtney, Kim, Khloé, and Robert, and from her second marriage to television personality and retired Olympic Games medalist Bruce, Jenner give birth to Kendall and Kylie Jenner.

"I posted Kris with thoughts of peace and respect. Let's change the narrative", he said. https://t.co/iW031X25fd