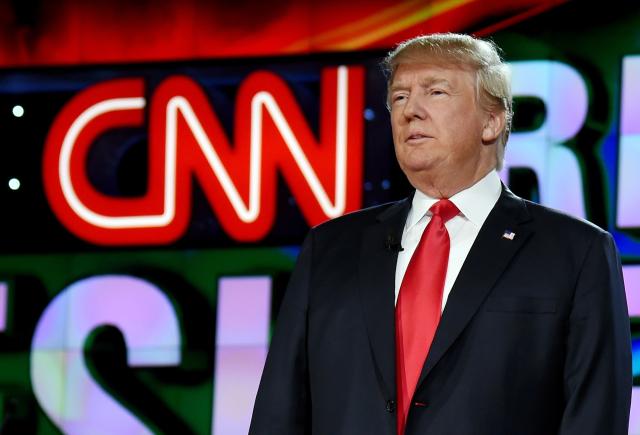 Former United States President, Donald Trump, has sued the Cable News Network on Monday, accusing the television news network of defamation and seeking $475 million in punitive damages.
Trump, in the lawsuit filed in a US District Court in Florida, accused the CNN of waging a campaign of “libel and slander” against him because it “fears” he will run for president again in 2024.
“(The) CNN has sought to use its massive influence – purportedly as a ‘trusted’ news source – to defame the plaintiff in the minds of its viewers and readers for the purpose of defeating him politically,” Trump’s lawyers said in the 29-page complaint.
In a follow-up statement laced with outrage, Trump said on Monday that “in the coming weeks and months, we will also be filing lawsuits against a large number of other Fake News Media Companies for their lies, defamation, and wrongdoing,” notably regarding coverage of the 2020 election.

The 76-year-old Republican also said his team “may bring appropriate action against” the congressional committee currently investigating the January 6, 2021 attack on the US Capitol by his supporters, saying the panel refused to probe “the massive Presidential Election Fraud” which he insists occurred.
Trump, who requested a jury trial, had a caustic relationship with the CNN and other major news outlets like The New York Times during his term, branding them “fake news” and repeatedly raging against them on social media.
The former president, who has hinted repeatedly at another White House run, accused the CNN in the lawsuit of involvement in a “concerted effort to tilt the political balance to the Left.”
He said the CNN has tried to “taint” him with a “series of ever-more scandalous, false, and defamatory labels of ‘racist,’ ‘Russian lackey,’ ‘insurrectionist,’ and ultimately ‘Hitler.’”