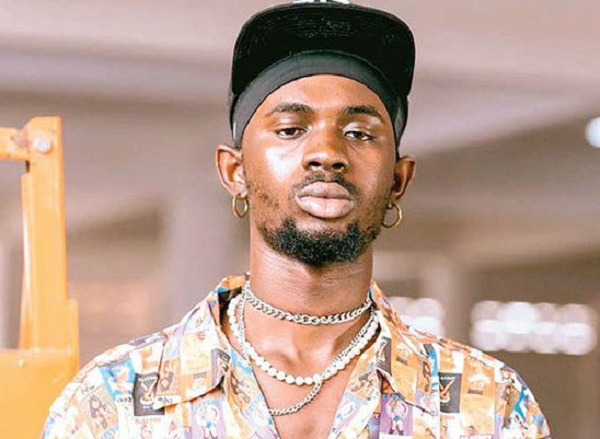 Prior to the release of the masterpiece, Black Sherif on Friday, September 22, 2022 dropped an amazing piece of music dubbed, ‘Soja’ which happens to be track 4 off ‘The Villain I Never Was’ album.

‘The Villain I Never Was’ which happens to be his debut studio album comes in a package of 14 tracks with a feature from Grammy winning recording and performing artiste, Damini Ebunoluwa Ogulu, professionally called, Burna Boy.

The 2022 BET Hip Hop Awards nominee, Black Sherif is currently having a good run in the showbiz industry.

Following the successful release of the 14-tracked album which features the African Giant, Burna Boy on track 14, ‘Second Sermon Remix’, fans and music lovers have shown their appreciation for the rapper’s album.

‘The Villian I Never Was’ album in less than 24 hours of its release surpassed 70 million views on streaming and audio discovery platform, Audiomack. ‘Oil In My Head ‘, ‘The Homeless Song ‘, ‘45‘and ‘Konongo Zongo‘ also debuted on Apple Music Top 100 Charts Ghana within 24 hours of release.

Currently the debut body of work as has all 14 tracks from the album occupying a spot-on Apple Music Top 100 Charts Ghana. Since its release on the dawn of October 6, The Villain I Never Was has dominated music charts and conversations. Including making an appearance on Billboard Afrobeat Chart.

Track number 12, ‘Oh Paradise’ on ‘The Villian I Was’ album recounts a painful time in Black Sherif’s life when his girlfriend died.