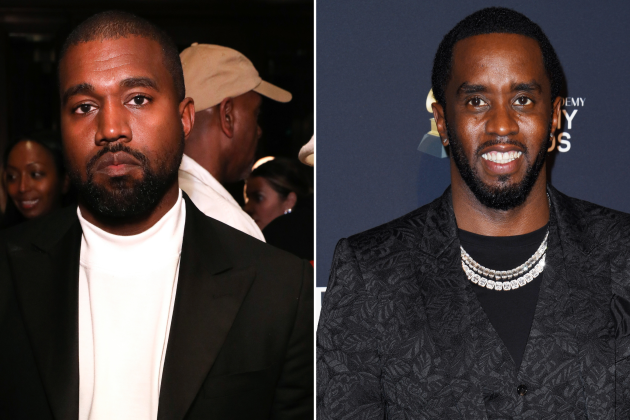 Kanye West and Diddy, the US rappers, have engaged in a heated war of words over the ‘White Lives Matter’ slogan

The drama started when West, officially known as Ye, debuted his Yeezy season nine collection at the Paris Fashion Week show on Monday.

The ‘Jesus Is King’ crooner had turned up at the event in a long-sleeved T-shirt with ‘White Lives Matter’ emblazoned on the back.

He further stirred controversies when he openly criticised the ‘Black Lives Matter’ (BLM) campaign in a now-deleted post, calling it a “scam”

“Everyone knows that Black Lives Matter was a scam now it’s over you’re welcome,” he had written via his Instagram story on Tuesday morning.

In 2020, the movement gained global prominence over the murder of George Floyd, a black American, in the United States

The rapper’s criticism of the BLM movement did not sit well with many people, including Diddy.

In an Instagram post on Thursday, Diddy, whose real name is Sean Combs, warned West against playing with the movement.

“I am not about to be addressing every last thing that’s going on in the world on the internet. But the thing I do have to address is this ‘White Lives Matter’ t-shirt. I have always been there and I will also support my brother Kanye as a free thinker,” he said.

“But the ‘White Lives Matter’ t-shirt, I don’t rock with it. You know what I’m sayin’? I’m not with it and with the press and with (what) fashion is doing, thinking this is a joke, when, right now, all America has planned for us is poverty, incarceration and death.

Apparently cheesed off by Diddy’s comments, West fired back in a series of posts via his Instagram page.

The ‘Donda’ singer also shared screenshots of chats believed to be with Diddy — wherein they appeared to be trading insults.

“I didn’t like our convo. I’m selling these tees. Nobody can get in between me and my money. Never call me with no bullshit like that again unless you ready to green light me. Cause anybody that got on that tee is me,” West’s text reads.

The rapper also said Diddy and his other critics are “breaking my heart”.

But Diddy hit back at West and asked for a physical meeting where they can address the issue.