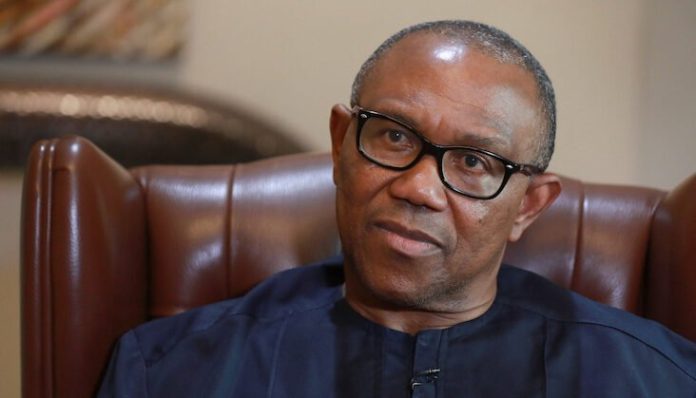 The campaign season for the 2023 Presidential Elections kicked off in September, renewing public interest in the upcoming elections and who the eventual winner could be. Although the elections have been at the forefront of political discourse since the year began, conversations about the upcoming elections are in a largely different direction compared to how they were in the beginning.

Before, it had been assumed that Nigeria’s presidential elections, usually a two-horse race, would continue in that stride. The leading political parties—the ruling All Progressives Congress (APC) and the opposition’s Peoples Democratic Party (PDP)—were expected to be the prominent voices in the elections. Talks of a potential third contender were centred around the New Nigeria Peoples Party’s candidate, Senator Rabi’u Musa Kwankwaso, a two-time Governor of Kano State and ex-minister of Defence under former President Olusegun Obasanjo.

However, the trajectory of projections changed when former PDP Vice-Presidential candidate Peter Obi threw his hat into the ring.

Obi, who served as Governor of Anambra from 2007 to 2014, joined the Labour Party after withdrawing from the Presidential Primaries of the Peoples Democratic Party and leaving the party due to ‘recent developments’. He emerged as the 2023 presidential candidate of the party after Pat Utomi, Faduri Joseph and Olubusola Emmanuel-Tella stepped down from the contest, making him the only aspirant in the presidential primaries.

Obi’s decision to leave the PDP and contest for the presidency was a popular decision among several sects of Nigerians. The ex-governor was immediately chosen by the masses, especially Nigerian youths as a representative of their dissenting position against the two major parties.

Notwithstanding, shortly after Obi joined the Labour Party in May, he was written off in every capacity.

In June 2022, Mr. Kehinde Olaosebikan, a former Chief Press Secretary to a former Governor of Oyo State, Alhaji Lamidi Adesina, had predicted that Obi’s campaign was a “fleeting euphoria”, and insisted that the former Anambra governor’s popularity would be short-lived.

“Because they were never based on anything concrete but on mere fantasy, illusion and grandstanding,” he had posited.

Olaosebikan’s comment was the rhetoric of most politically-savvy Nigerians who understood the rules of the game. The most prominent basis for their position: That the gigantic parties of the PDP and APC have a structure, while the Labour Party does not. This was a position repeated by PDP presidential candidate Atiku Abubakar in July.

The realities of general elections in Nigeria will make it difficult for any structureless party to ascend to power. Technically speaking, covering ground is a daunting, yet rudimentary task. For one, Africa’s most populous country has 774 local governments, which are the basic foundations for building a party’s structure. Of the 5000 elective officials who influence the nerve points of the country’s political landscape, the Labour Party has just three representatives—two in the house of representatives and one in the Senate. Come Election Day, Nigeria’s 176,847 polling units would need to be manned by party agents, who might require remuneration. Not to mention, APC- a metamorphosis of different parties over the years, and PDP are the most popular political parties in the history of Nigeria’s over two-decade-long democracy.

APC was formed in February 2013 as a result of a merger of Nigeria’s three largest opposition parties – the Action Congress of Nigeria (ACN), the Congress for Progressive Change (CPC), and the All Nigeria Peoples Party (ANPP) along with a breakaway faction of the All Progressives Grand Alliance (APGA) and the new PDP – a faction of then ruling Peoples Democratic Party.

The last ruling president, presiding for eight years come 2023, was elected on the APC platform. And before what at the time was recognised as a grand usurping, a PDP candidate had manned the presidential post for 16 years.

The apparent foothold of the two leading political parties has served their popularity immensely. Both parties have thousands of members across every class, religion and ethnicity of Nigeria’s society. In contrast, the Labour Party’s popularity just started to gain steam in mid-2022 when Obi was announced as the presidential candidate of the party shortly after his defection from the PDP.

Also, the Labour Party is not a carousel. After enduring a leadership crisis that erupted in the aftermath of late National Chairman Alhaji Abdulkadir Abdulsalam, the Labour Party has under the leadership of the new chairman Barrister Julius Abure attempted to steady their ship.

Another reason the audible voices in politics chose to predict 2023 to be a two-horse race was that, when considering the annals of Nigeria’s elections history, only two of the current candidates stand out—Atiku Abubakar and Asiwaju Bola-Ahmed Tinubu.

Atiku, a businessman turned politician, served as the Vice-President of the Federal Republic of Nigeria from 1999 to 2007. Before then, he had contested for the position of Governor of Adamawa

State in 1990, and 1997 and later won in 1998, before ceding his victory to become ex-President Olusegun Obasanjo’s running mate during the 1999 presidential election. The 75-year-old has also been a longtime contestant for the role of president and has contested every presidential election since 2007.

On the other side of the coin lies a face equally weathered by Nigeria’s political climate. Asiwaju Bola-Ahmed Tinubu, a 70-year-old APC chieftain, has grown to become the most influential voice in Southwest politics since his emergence on the scene as a member of the Social Democratic Party. Though a two-term former Governor of Lagos State, the notability of Tinubu’s reputation has eclipsed the state. Although Tinubu has not held an elected position since he completed his second term in 2007, he has since maintained a strong influence on the state through a process of handpicking successors. In 2015, Tinubu was a frontliner for the campaign of current President Muhammadu Buhari, improving the former head of state’s popularity in the southern belt of the country and even carefully selecting the vice president to ensure Buhari’s emergence in 2015.

Both candidates are formidable representatives of their parties with enough political acumen to leverage on experience and popularity to influence loyalists and supporters to pull the majority of votes.

However, the campaign season is now in full swing and Obi’s popularity remains unabated.

Although the aforementioned are what usually determine the victor in the presidential elections, 2023 has a differential factor.

Ahmed Makarfi, a one-time Governor of Kaduna noted in August that the Labour Party’s presidential candidate, Peter Obi has gained nationwide popularity due to the frustration of the youths.

Dissatisfied Nigerians, especially the youth who have reacted very strongly against the ruling party, the APC, have vowed to discontinue their presidential run. Highly publicised events that rocked the current administration’s popularity included the #EndSARS protests, the ban of the social microblogging platform Twitter in 2021, and the unprecedented rate of inflation. Nigerians have also noted that the current administration, which had promised to put an end to insecurity in the country, has failed to abate the scourge of killings. Mass student kidnappings, farmer-herder crises and several attacks across the Northern and Southern regions of the country by nuisances such as bandits have characterised the last 3-4 years.

As such, physical and virtual campaigns have been staged by Nigerians to raise awareness about the country’s current situation, on the basis that things cannot continue the way they have been going before. Young Nigerians, many of which are already fed up with the country’s state of affairs, argue that they no longer want to continue with the established parties of the PDP and APC, and have instead opted to support Obi as their candidate.

According to his supporters, Obi represents a deviation from the norm and possesses the credibility to rule Nigeria post-2023.

However, Voter Turnout in Nigerian elections has been in steady decline for years. In 2015, 43.65 per cent of registered voters turned up to vote—a figure that dropped to 34.75 per cent in 2019, the lowest in 43 years. According to Leena Kona Hoffman and John Wallace, in a 2022 report for Chatham House, the political apathy among voters is a result of disillusionment and a ‘lack of democracy’.

However, Nigerians’ interest in general elections has reached a record high ahead of the 2023 polls, according to a review by the Africa Polling Institute (API) conducted in partnership with BusinessDay.

In July, shortly after the Osun State Governorship elections, Business Day conducted a survey aimed to gauge the perception of Nigerians towards the 2023 elections. According to the poll, 93% of respondents showed keen interest in the upcoming elections, with 80% of them possessing Permanent Voters Cards (PVCs). The 2022 Electoral Act passed in February has elevated public confidence in the Independent National Electoral Commission (INEC) to deliver democratic elections next year.

In August the Independent Electoral Commission announced that the projected voter population is expected to be about 95 million—a figure which is 20 million higher than the combined voter population of all the other 14 west African countries.

Still, the question remains whether the dissidents of the existing giants can match them pound for pound.

Concerning this, Nigerians have drawn direct parallels with the 2022 Kenyan Presidential elections, where Raila Amolo Odinga, was defeated by William Ruto, who served as the 11th deputy president of Kenya from 2013 to 2022. Although both leading candidates had previously held ministerial positions in Kenya and were prominent voices in Kenyan politics, Odinga was backed by Uhuru Kenyatta, who served as the fourth president of Kenya from 2013 to 2022. Despite the ex-President’s endorsement, and the overwhelming popularity of both Odinga and the Azimio la Umoja Coalition Party under which he contested, Ruto won the election in a tight victory.

Can the Kenya feat be replicated in Nigeria?  Time would tell.