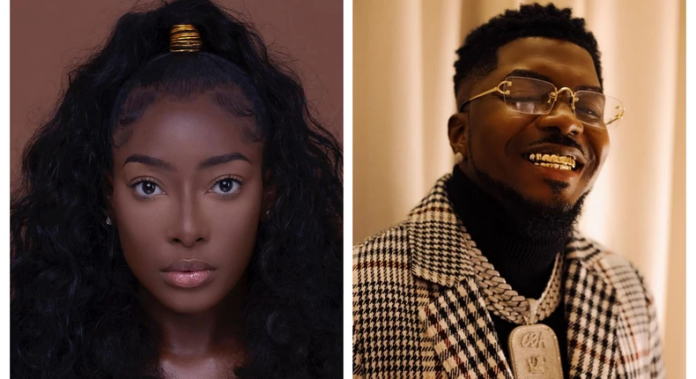 Nigerian actress and DJ Dorcas Shola Fapson AKA DSF has revealed more information regarding her unceremonious breakup with musician Skiibii. According to the DSF, she was the one spending on Skiibii while they were dating.

I was the one feeding him: DSF in a direct message chat posted by Instablog revealed that while she was dating Skiibii, she was the one taking care of his feeding and also spending on him.

DSF revealed in the chat that she was the one giving him (Skiibii) money, that she bought him the Fendi cloth they both wore in the picture making the rounds, and she even flew the ‘Baddest Boy’ crooner to Zanzibar.
According to DSF, all her ex did was “lie and cheat” and perhaps this was why she broke up with him.

Social Media campaign: DSF has recently launched a social media campaign against her ex. One her recent tweet where she mentioned “Ice on your neck, ice on your wrist…no running water in your house…no food in your fridge…zero money in your account” was considered a direct shade at her ex Skibii.
While also responding to a tweet about fake live, she said that the men borrowed from women to fund their fake life.