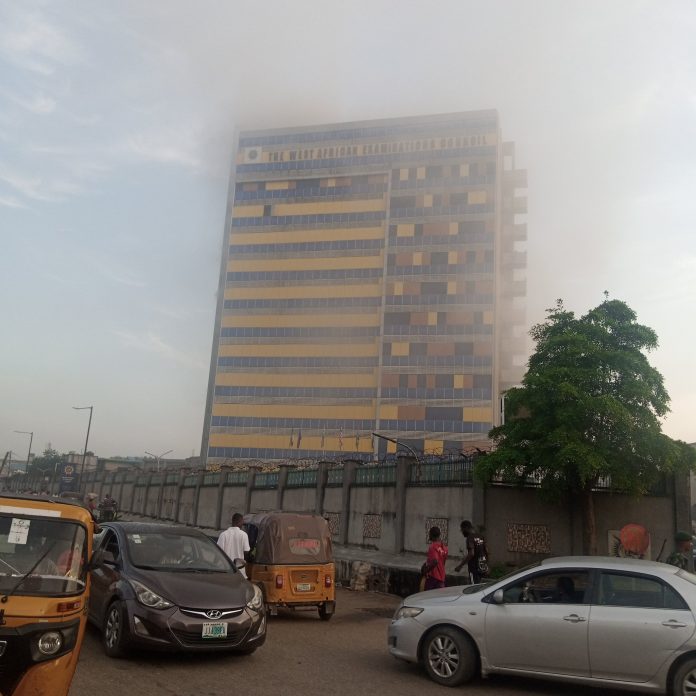 There was early morning fire outbreak at the headquarters of Nigeria’s office of the West African Examinations Council (WAEC) on Wednesday, but the examination body has said the situation is under control.

Videos of flames at the WAEC headquarters located in Yaba, Lagos, were in circulation early Wednesday morning with unconfirmed reports suggesting that staffers were trapped in the building.

According to sources, some of the workers and particularly the non-academic staff union members had resumed when the fire incident was observed.

However, no one could ascertain the cause of the outbreak as everyone reportedly scampered for safety.

Reacting to the development in a telephone conversation, the Acting Head of the Public Affairs Unit of WAEC, Moyosola Adesina, said the situation was under control.

Mrs Adesina said no one was hurt and that everyone in the building was successfully evacuated by fire fighters.

She said; “Yes, the fire outbreak was noticed at the headquarters this morning and the fire fighters were quickly invited.

“I can confirm to you that everyone in the building was successfully evacuated and that the fire has been put out.”

The spokeswoman said she could not ascertain the cause of the incident yet but that efforts were on to “do that.”

WAEC had on Thursday officially launched a platform for digital certificates but this has been followed by mixed reactions.

While some users of the platform commended the examination body for the innovation, many others have accused it of rip off.

But WAEC said all the identified issues were being looked into for resolutions.