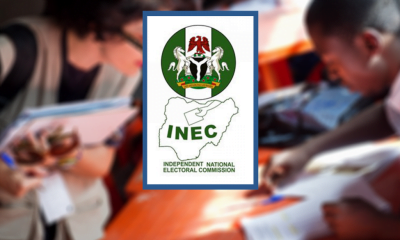 With barely four months to the 2023 general elections, the Independent National Electoral Commission (INEC) has told Nigerian youths that their Permanent Voter Card (PVC) is more powerful than AK47 rifles.

The electoral umpire also said with the PVC, the youths can make a statement without getting involved in violence, saying snatching of ballot boxes is no longer in vogue, with the deployment of modern technology.

This was disclosed by INEC’s Desk Officer on Gender in Plateau State, Chinyere Okorie while addressing youths at Bege Foundation’s monthly Gaskiya Platform held in Jos the State Capital.

The event tagged: Safer and Peaceful Communities: Youth Conduct in Curbing Electoral Violence Before, During and After 2023 general elections, was aimed at sensitising over 120 youths cutting across 20 communities in Bassa, Jos North and Jos South LGAs of the state, with support from Peace Direct, through Legacy.

Okorie said, “For the 2023 general elections to be successful, the youths have a great role to play.

“By next month the PVCs would be out, we are asking Nigerians who have registered to go and collect theirs.

”The 2023 general election is going to be one of the most credible elections INEC will conduct, because of the technology the electoral umpire is deploying.

“So it’s not just enough to register, go and collect your PVC once INEC starts giving it out”, she admonished.

“As youths, you should know that your PVC is more powerful than AK 47, with your PVC you can make a statement”, she maintained.

“As youths, go to the polling unit and make a statement, not by being violent.

“If the electorate does not have confidence in the ongoing process, INEC is deploying to ensure credible elections come 2023, we wouldn’t have had this large population coming out to register during the Continuous Voter Registration (CVR) in the history of Nigeria, its unprecedented.

“I remember when the CVR was going on, and the youths said if what happened in Ekiti and Osun, we are confident that in 2023, our votes will count.

“Anybody thinking of snatching of ballot boxes is no longer a story, is no help to the person”, she assured.

Earlier, the Programme Officer of Bege Foundation, Remikat Ayuba, said, “We feel that it is important that youths key into strengthening structures of peace and conflict prevention before, during and after the 2023 general elections.

According to her, “The Gaskiya Platform is organised monthly for fostering peaceful coexistence amongst various communities in Plateau State, but this month’s platform is targeted at over 120 youths cutting across 20 communities in Bassa, Jos North and Jos South LGAs of the state, to strengthen them on security, good governance and peacebuilding ahead of the 2023 polls.

“This particular programme is for youths to come together to curb violence before, during and after the 2023 general elections.

“As we have commenced this month, it will be a continuous monthly engagement up to the time of the polls”, she maintained.

Also speaking, the chairman of Plateau Peace Practitioners Network (PPPN), a coalition of civil society organisations in the State, Comrade Pwakim Jacob Choji, commended the organisation for organising the event for youths, saying it was timely.

“Conversations like this is what we must really encourage and also look forward to”, he stressed.

In his keynote address, Bello Lukman advised the youths to focus on the quality of the candidates in the 2023 elections.

“Since 1999, most youths vote based on religious or tribal sentiments, can’t we shift from that and vote for credibility?

“For instance, those vying for the number one seat in the country, most of them have held key positions before now, how have they faired!; rather voting based on religious or tribal sentiments”, he admonished.