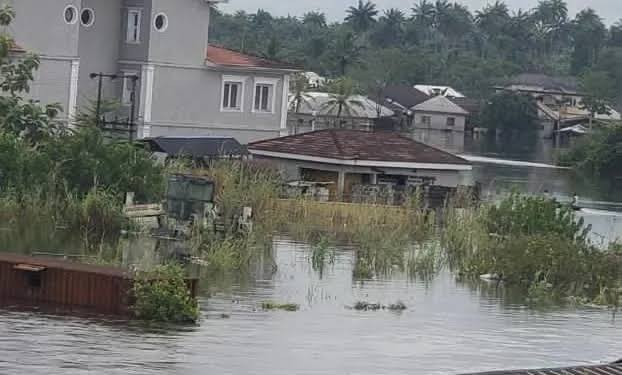 As the 2022 flood massively devastated and killed over 600 persons across the country, rice millers under the auspices of Rice Millers Association of Nigeria, RIMAN, on Thursday, disclosed how members have lost all equipment for rice milling and workers killed by the raging flood in different parts of the country.

The National President, RIMAN, Peter Dama, made this known while speaking on the precarious situation of members of the association.

Dama said the hope of rice millers looks bleak, which he said his own rice mill in Plateau State currently is under the flood.

According to him, rice millers have lost huge bags of paddy, expensive equipment, and some rice mill workers killed by the flood as may have also been displaced.

He said, the way things are it would be difficult to bounce back hence the call for assistance from the government, development partners, and individuals so the millers would bounce back to produce and make rice available for Nigerians and in order to avoid any form of shortage.

He also said there are calls for Nigerians to import rice and paddy, and he warned that of that route is taking the rice industry in Nigeria would collapse and many Nigerians would be out of business if the government allows importation of the commodity, and all effort by the Buhari-led administration through the Central Bank of Nigeria, CBN, would be in futility.

He therefore, advised Government to look inwards to see how to work closely with the various associations under the rice value chain to proffer lasting strategies and solutions to the present challenges, and not importation.

He said: “The flood has devastated a lot of rice farms across the country.

“Members of Rice Millers Association of Nigeria, RIMAN, has been affected too. Some parts of my mill is flooded in Plateau State.

“The worst about it is in Kogi State where a number of the rice mills are submerged in the flood and the people have lost heavily; equipment, money and human capital.

“It is something that is devastating and has devastated a number of people. We have received reports, and unfortunately, in some of these things had occurred some workers in the mills lost their lives because the flood came unexpectedly and flushed off people because they were not rescued.

“We had incidences in Kogi, Jigawa and other States where the flood had washed people off including machines which some are submerged because they are well fitted to the floor, also rice paddy stored for milling all swept off.

“We have expected that the Federal Government would be of assistance of people where these things have occurred.

“We are happy that some committees have been put in place, which have gone around for assessment with the view of assisting those who have been affected.

“I saw the Minister of Humanitarian Affairs, Minister of Agriculture and Rural Development doing something, international donors including IFAD have come in which have granted $5 million and visited 12 States and I believe my members would benefit from it.”

However, the RIMAN boss urged the government to include farmer associations in committees being set up.

“We are hoping and praying that they should go through the associations and State Governments to be able to identify the real people affected because we are in a country where people have problem and people that does not have anything to do with it would want to go and benefit.

“There should be a proper mobilisation, and identify who are actually the victims. This flood is not only about rice farmers and rice millers, but it affected the entire value chain, and we need to have experts in the whole committees to look into it so that they identify the people who are affected.

“We should also avoid using politics to distribute relief materials and others”, he said.

Speaking on solutions to avert future flood devastation, he (Dama) called on the State Ministries of Environment to ensure all structures blocking waterways are thoroughly removed, and also sensitize Nigerians on the dangers of blocking waterways, including speaking in the language of the people about climate change affecting everything by using extension workers, radio, television, town criers, telecommunication companies, traditional rurals, and others.