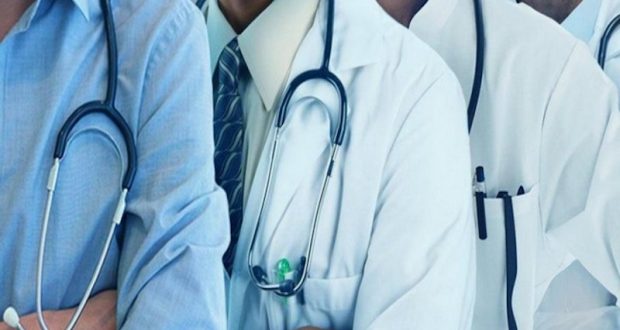 It was discovered that the accreditation of the 91 doctors occurred over 15 days between October 10 and October 25, 2022.

The total number of Nigerian-trained doctors in the UK now stands at 10,387.

The accreditation of the 91 doctors came amidst cries by the Nigerian Medical Association against the brain drain bedevilling the health sector.

Apart from doctors, other categories of health workers are also migrating.

The statistics also showed that between January 1, 2022, and September 30, 2022, about 1,307 Nigerian-trained doctors were licensed in the UK as Nigeria continues to battle one of the worst situations of brain drain in its history.

However, Nigerian doctors who got medical qualifications in schools outside the country are not included in the data.

The NMA, while lamenting the high rate of medical brain drain, said Nigeria may import doctors in the future.

Nigeria currently has the third-highest number of foreign doctors working in the UK after India and Pakistan.

The National President of the Medical and Dental Consultant Association of Nigeria, Dr Victor Makanjuola, while commenting on the situation earlier, said, “In the last two years, over 500 consultants, in my estimation, have left the services of government hospitals for practice abroad.

All our government hospitals are consultant-led practices, which is the global standard. We have lost 500 in just two years, and we have found out that those who are more likely to leave are the younger ones.

“Otherwise, the disaster of brain drain would be doubled because we would lose the younger ones and the older ones at about the same time, and you would find a system without consultants. This would affect the standard of care and the quality of care given by hospitals.”