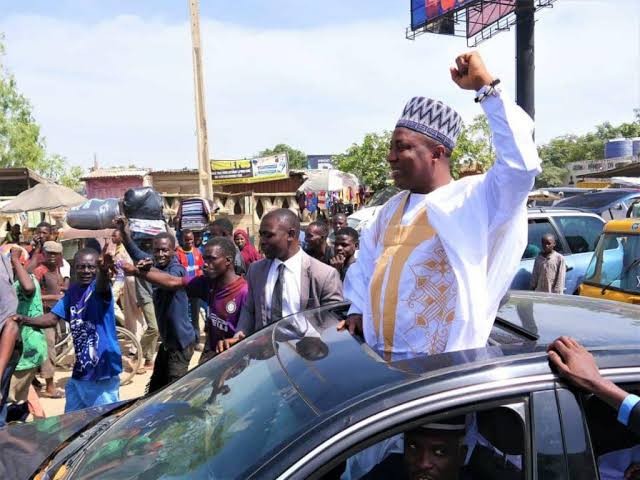 The campaign flag-off took place at the Kano Anti-Corruption Institute with supporters of the party.

Sowore introduced the manifesto of the party in company of his vice presidential candidate, Garba Magashi, and the governorship candidate of the party, Sani Yakasai.

In a statement by its Spokesperson, Onyinye-Gandhi Chukwunyere, on Saturday, the AAC assured Nigerians of “liberty on the ballot.”

Chukwunyere said, “From the great city of Kano where we launched our liberation campaign today (Saturday), we’ll traverse the length and breadth of our country, inspiring and uniting our people for the very important task of flushing out corrupt politicians and redeeming the country. We are very confident that with their support and partnership, the AAC shall build for the Nigerian people a nation of which they will be very proud.

“The AAC, hereby, assures the Nigerian people who have had to endure endless treachery, deceit, and oppression at the hands of failed politicians, that help is on the way. With our participation in this election, liberty is now on the ballot,” Chukwunyere said.

He added that Nigeria had almost been overrun by terrorists under the ruling All progressives Congress government, and facing harsh economic crisis, saying it was unacceptable.

“Today, our country is teetering on the brink of collapse. The economy is in shambles with the mix of high unemployment, low wages, crippling inflation, and meager social investments driving our people further into poverty. Over 20 million Nigerian children are out of school, public education at all levels is comatose, literal darkness pervades the country as investment in critical infrastructure, especially energy, remains low, and mired in corruption.

“Worsening insecurity has further reduced the quality of life for ordinary Nigerians. Terrorists, bandits, and a coterie of other criminals now run portions of the country, terrorising our people, and even threatening to overrun Abuja, our political capital. The APC government has essentially abdicated it’s primary responsibility of ensuring the security and welfare of the Nigerian people. Under it’s watch, the Nigerian life is now nasty, brutish, and short. This is unacceptable,” the statement said.

“As we have repeatedly stated, the AAC is the only mass-based party in the country today with structures and programmes inspired by the struggles and aspirations of our people. Therefore, our commitment to radically transforming the country in a way that guarantees their welfare and security is unflinching.

“To be clear, the Sowore/Magashi ticket has the most carefully drawn up revolutionary programmes intended to decisively pull the country from the brink of collapse and anarchy, and administer it for the security and prosperity of our people,” the statement added.