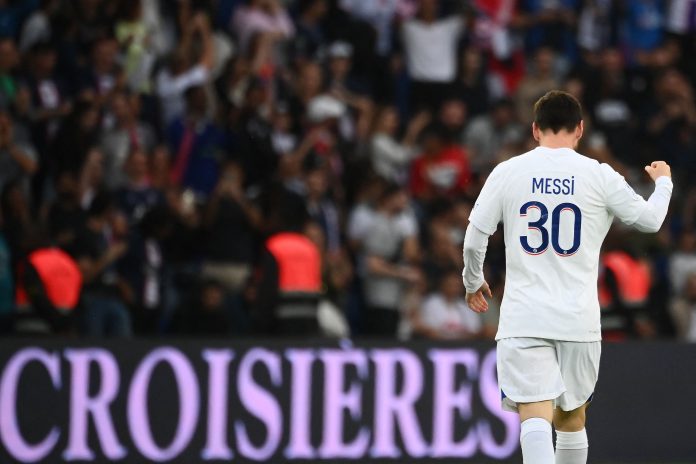 PSG midfielder Lionel Messi has broken another personal record after delivering a vintage performance in the French giants’ 4-3 comeback win vs Troyes on Saturday evening.

The Argentine forward recorded an assist and created two goal-scoring chances for teammates in Paris Saint-Germain’s win, which takes them to 35 points for the season.

Messi had a difficult time maintaining possession in the final third against Troyes, as he lost all nine of his ground duels and failed to log a successful dribble. Still, he managed to make the most out of his time on the ball thanks to the two goal contributions notched in the fixture.

The seven-time Ballon d’Or winner’s assist to Neymar in the second half of the contest was the 10th assist of his Ligue 1 campaign. According to OPTA, Messi’s successful assist effort was a new personal record-setting one, as the ex-Barca man has now tallied 10 assists in 12 league matches played this season.

Messi’s previous high for this stat sat at 14 matches, which he accomplished over the 2010-2011 La Liga season with Barcelona.

The PSG midfielder will now set his sights set on leading the French giants to a key UEFA Champions League win over Juventus on matchday six of this season’s group stage.