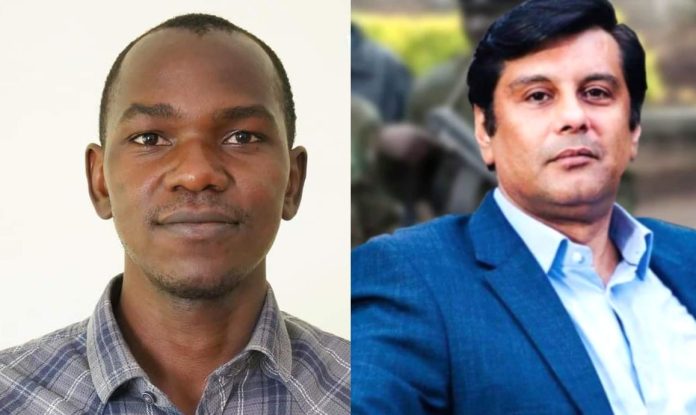 Radio Cefod journalist Orédjé Narcisse and Pakistani journalist Arshad Sharif have been shot dead in Chad and Kenya.
The incidents occurred on October 20 and 24, respectively, the Committee to Protect Journalists (CPJ) said in separate statements.
Narcisse was murdered in Chad’s capital N’Djamena as he was on his way to work.
Angela Quintal, CPJ’s Africa program coordinator, called for a transparent investigation into the circumstances surrounding the shooting.
“Authorities must also ensure the safety of journalists as the country grapples with anti-government protests”, Quintal noted.
The deceased was targeted outside his home, reportedly by individuals wearing Chadian military uniforms.
Leubnoudji Tah Nathan, President, Network of Chadian Journalists and Reporters (RJRT), cited information from eyewitnesses and Orédjé’s colleagues.
Audrey Azoulay, Director-General of the United Nations Educational, Scientific and Cultural Organization (UNESCO), has also called for an inquiry.
In February, Chadian journalist Evariste Djailoramdji was killed while covering community violence in Sandana village.
In response to Sharif’s killing near Nairobi, New York-based CPJ demands that the perpetrators face the law.

Beh Lih Yi, CPJ’s Asia program coordinator said there must be a thorough probe and the findings released to the public.
The police released a statement saying an officer fatally shot Sharif in a remote area outside the Kenyan capital.
Sharif, 49, previously worked as an anchor with Pakistan’s ARY TV. He left the country two months ago after an arrest warrant.
The writ followed his interview with Shahbaz Gill, a close aide to former Prime Minister Imran Khan.
Gill was said to have comments considered offensive by the military. The news channel was briefly taken off the air subsequently.
On August 31, ARY TV announced it was ending ties with Sharif, citing a breach of conduct on social media.
Sharif specialised in investigative journalism and covered political events in Pakistan for news organisations.