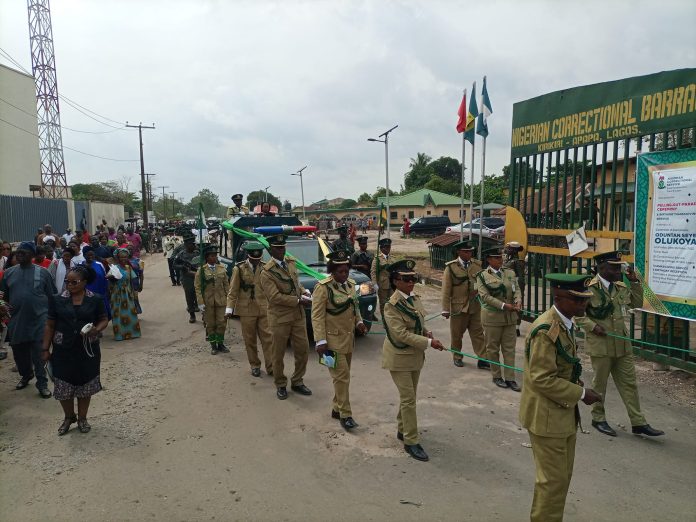 The Nigerian Correctional Service has dismissed nine officers and retired 25 others compulsorily for offences against standard practices.

The Service’s spokesman, Mr Umar Abubakar stated on Sunday in Abuja that four others were issued with letters of warning.

He quoted the Controller-General of the Service, Mr Haliru Nababa as announcing the decisions after approval by the Civil Defence, Corrections, Fire and Immigration Board.

Nababa assured the public that the service would not relent in ridding its workforce of bad eggs.

He warned that there would be no room for indolence or indiscipline in the Service.

Nababa also assured of the readiness of the Service to reward officers and men who were hardworking and committed to duty.

“The Reward Fund Unit is fully activated and very soon, staff with exceptional performance will be invited to Abuja.

“This will be for them to receive rewards for their show of gallantry and dedication to duty,’’ Abubakar quoted Nababa as saying.

He appreciated the public for cooperation and citizens to accept offenders that had served terms and showed enough penitence so as to break recalcitrance.