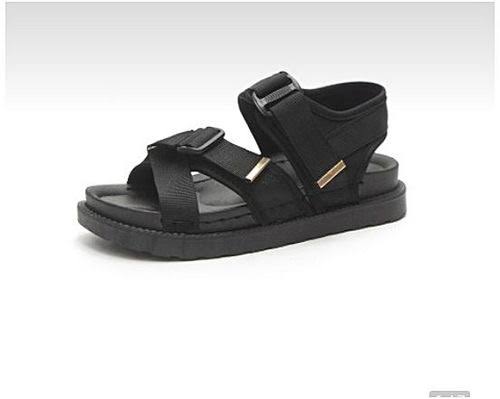 It was gathered that the students were stopped at the school’s Permanent Site gate in Ago-Iwoye, and told to return home to wear shoes.

Narrating his ordeal, a student, who simply identified as Durotimi said he missed classes because he wasn’t allowed on the school campus for wearing pam sandals.

He said, “It is disheartening. When we got to the school gate this morning, we discovered that the school management implemented an unknown policy asking students not to wear pam sandals and the likes into the school environment except shoes.

“It’s so sad for a school like OOU with a very high reputation and standard implementing such policy knowing fully well the situation of things in the country. Not even everyone can afford a pair of shoes at the moment.

“Many of us had 8am classes and some of us were supposed to have test this morning but when we got to the gate this morning we were delayed for over 2hrs. It even got to a point where they had to use a police man just to make sure we didn’t enter the school.”

Another student, who simply identified as Ademola, said they were not given prior notice as to the draconian dress code after returning to school since the month-long ASUU strike.

He said, “We got to the school today and over a hundred of us were were stopped at the school gate and asked to return home for wearing pam sandals. Sadly, we weren’t previously informed that palm sandals were no longer allowed on the school campus. This is really sad, and unpalatable for the 21st century.”

Another student, Chidinma told the Punch that she and other students were harassed by the school’s private security guards for putting on pam sandals, and they were sent back home.

“I’ve never seen this before. How do you force university students to not wear pam sandals but only shoes? This is uncalled for, and it’s against human decency and it’s an infringement on our rights. We hope that the school management would have a rethink,” she said.

When contacted, the school’s Chief Security Officer, Mr Adekunle Rasheed, justifying the policy, said it was enshrined in the school’s code of conduct.

Rasheed said, “The students were aware of this policy before now as it is enshrined in the school’s code of conduct. Also, they were earlier informed about this during the orientation programme last week.

“There are so many things not allowed on the school campus – tinting of hair, wearing of shorts, using tinted glasses for cars, and wearing of pam sandals, among others.”

The school’s Dean of Students Affairs, Dr M.S Oladimeji declined commenting on the issue, noting that he never expected the trivial matter to escalate.

He said, “I’m sorry, I can’t speak on the matter for now, because I never expected this trivial matter to have escalated to this point of reaching a national daily. I’ll contact the Vice-Chancellor and get back to you.”

The Students Union President, Mr Akorede Afeez, did not respond to calls and text messages sent by The Punch.