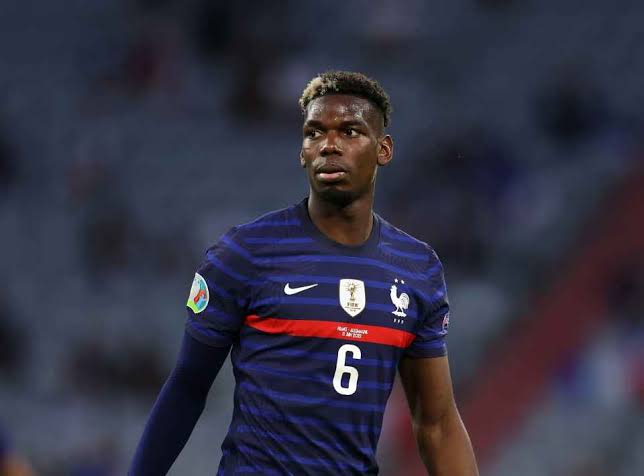 Paul Pogba will miss France’s World Cup defence as he needs more time to recover from knee surgery, his agent announced on Monday.

“Following yesterday and today’s medical review in Torino and Pittsburgh, it is extremely painful to inform Paul Pogba will still need recovery time from his surgery,” said Rafaela Pimenta in a statement.

“For this reason, Paul will not be able to join Juventus’ squad before the World Cup break nor the French National Team in Qatar.”

Juve coach Massimiliano Allegri had already said on Friday that it was “very unlikely” that the 29-year-old midfielder would play for his team before Serie A breaks up for the World Cup.

Italian media reported earlier on Monday that Pogba could be out for around 15 days with a thigh injury.

“Paul Pogba, in light of the recent radiological examinations performed… and the consultation carried out in Pittsburgh by Prof. Volker Musahl on the evaluation of his knee, needs to continue his rehabilitation program,” Juve said in a statement.

Pogba is one of 12 Juve players currently out of action.

He hasn’t played for Juve since re-signing for them from Manchester United in the summer, hurting the meniscus in his right knee in July.

He initially elected not to go under the knife in a bid to make the Qatar tournament which kicks off on November 20.

However, after returning to training early last month Pogba changed his mind and opted for surgery, which kept him on the sidelines until two weeks ago when he recommenced partial training with Juve.

Pogba was a key member of the France team that won the World Cup in Russia four years ago. He scored in the 4-2 victory over Croatia in the final.

His absence from Didier Deschamps’ squad adds to that of midfield partner N’Golo Kante, who has been ruled out for four months following surgery on a hamstring injury.

The 31-year-old Kante had not featured for Chelsea since limping off against Tottenham in August.

Missing the World Cup is another blow in what has been a hard year for Pogba, who is also embroiled in an alleged extortion plot involving his own brother.

Mathias Pogba, 32, was charged last month along with four other people, all close to the World Cup winner who filed a complaint with Turin prosecutors in July which said he was being blackmailed for 13 million euros ($12.6 mn).

Paul Pogba told investigators that his blackmailers wanted to discredit him by claiming he asked a witch doctor to cast a spell on Paris Saint-Germain and France star Kylian Mbappe, which Pogba denies.