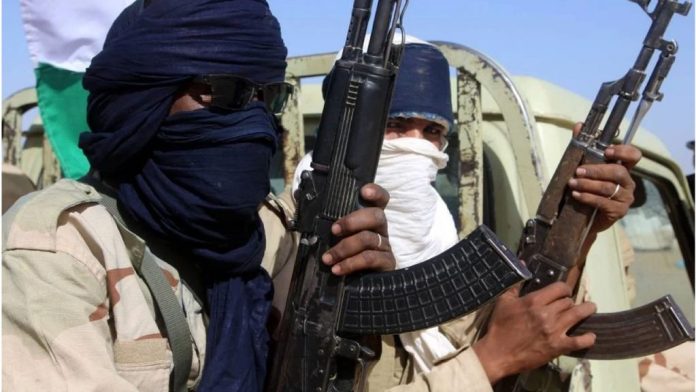 Again, terrorists have attacked two communities in Zamfara State where they kidnapped 10 locals and demanded for N20 million ransom.

Spokesperson of the Zamfara Police Command, SP Mohammed Shehu, said they would investigate the reported kidnap in the communities of Dogondaji and Kazauda villages in Wanke district of Gusau Local Government Area of Zamfara State.

However, a local from the affected community, Malam Ibrahim Musa, said in his village of Kazauda, the terrorists kidnapped 6 locals and in Dogondaji village they kidnapped 4.

According to him, “they are asking for N2 million for the release of each of the 10 people kidnapped. That will amount to N20 million.”

“In Kazauda village the people were able gather the sum of only N1.1m, but no amount is gathered in Dogondaji village yet.”

He said they were able to get the sum of N1.1 million through donation from some members of the community and had already informed the terrorists on the development.

“But the terrorists told us that they will not collect anything less than N2m for the release of each of the captives. We are appealing to the concerned authorities to come to our aid please,” he said