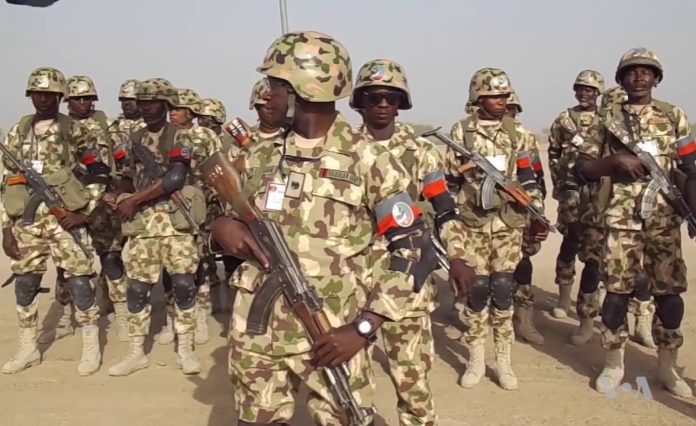 Joint security operatives of the Nigerian Army, Department of State Service (DSS) and the Nigeria Police Force have killed no fewer than five alleged members of the Eastern Security Network (ESN), the militant arm of the Indigenous People of Biafra (IPOB) in the Southeast region.

It was gathered that the five suspected ESN members were killed on October 27 at Orsumoghu village in the Ihiala Local Government Area of Anambra State during an operation between October 20 and November 3, 2022.

The Directorate of Defence Media Operations on Armed Forces disclosed this in a press conference held at the Defence Headquarters in Abuja on Thursday.

Director of Defence Media Operations, Maj. Gen. Musa Danmadami said as part of efforts to “eliminate criminal elements in the Southeastern zone of the country,” troops killed the suspects.

He said, “Notably, on 20 October 2022, troops while on duty at Isuofia in Aguata Local Government Area of Anambra State were attacked by suspected Indigenous People of Biafra/Eastern Security Network criminals. Troops, however, repelled the attack and arrested one of the criminals, recovered two pistols and four rounds of 9mm ammo.

“Troops pursued the criminals and engaged with superior fire, forcing them to abandon their vehicles and motorcycles. Troops exploited the area and recovered two SUV vehicles, three motorcycles, cooking utensils amongst others. All recovered items are in troops’ custody for further necessary action.”

He noted that the troops “conducted a clearance operation at the Indigenous People of Biafra/Eastern Security Network Camp at Amu Agba community in Ishielu Local Government Area of Ebonyi State and contacted the criminals who fled following a firefight”.

He continued, “Troops exploited the area and recovered four motorcycles, 32 rounds of 5.56mm, one round of 7.62mm NATO, 1 locally fabricated pistol, 1 Dane gun and 4 IEDs amongst others.