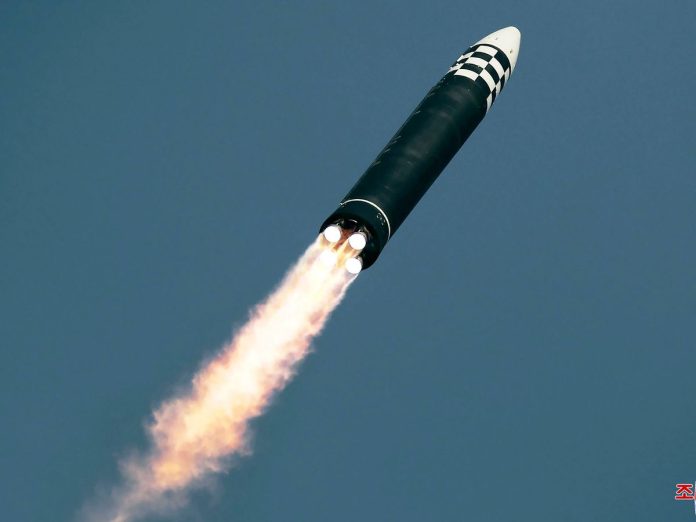 South Korea’s military says North Korea has fired four short-range ballistic missiles into the sea, adding to its barrage of weapons demonstrations this week that has raised tensions in the region.

South Korea’s Joint Chiefs of Staff said Saturday that the missiles flew around 130 kilometers (80 miles) toward the North’s western sea.

North Korea this week launched dozens of missiles into the sea, including an intercontinental ballistic missile that triggered evacuation warnings in northern Japan, and flew warplanes inside its territory. North Korea has described its military actions as an appropriate response to a combined U.S.-South Korea aerial drills, which it called a display of U.S. “military confrontation hysteria.”

The United States flew two B-1B supersonic bombers on Saturday over South Korea on the final days of the joint drills, in a show of force meant to intimidate North Korea over its intensifying testing activity.

The United States will fly a supersonic bomber over ally South Korea as part of a massive combined aerial exercise involving hundreds of warplanes, in a show of force meant to intimidate North Korea over its barrage of ballistic missile tests this week that has escalated tensions in the region.