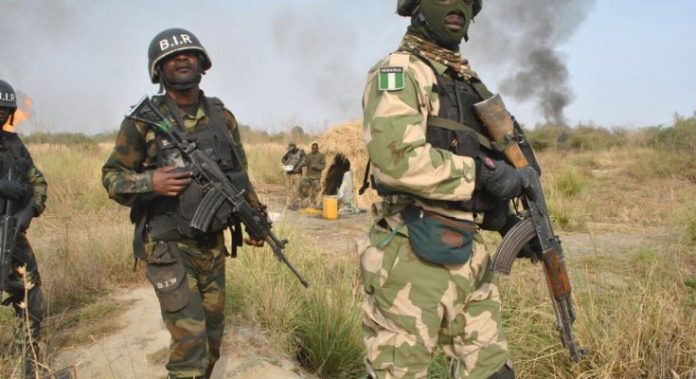 Troops of the Nigerian military have killed 152 bandits and destroyed over 100 bandits camps in the second and third quarters of 2022 in Kaduna State ,the Commissioner of Internal Security and Home Affairs, Samuel Aruwan has said.

He spoke while presenting the security situation reports for the second and third quarters of 2022 to the Governor of Kaduna State, Malam Nasir El-Rufai on Friday.

“You will find that there has been notable progress made since military operations were intensified in the State. Across the six-month period reviewed.”

“Traffickers of illicit substances were apprehended and their stashes confiscated in the combined period, 654 Suspects were arrested including 613 male and 41 female.

“There is a significant improvements in the general situation along highways as well as other highways.”

“Deaths attributed to banditry, terrorism and violent attacks across Kaduna State have reduced in the third quarter. The same is true for kidnapped persons and rustled cattle.”

” Collaborative efforts are yielding positive results. We are deeply grateful to the Commanders, Officers and Men of the security agencies working night and day to make things better for us all. We forge ahead, as a lot remains to be done,” he said.