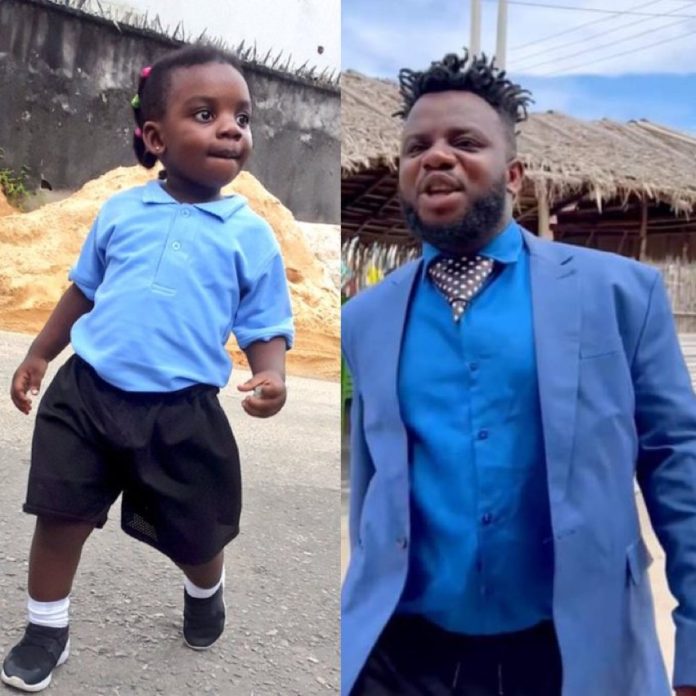 A Nigerian man has posted a photo of his little daughter and wondered why the girl walks like ace comedian, Sabinus Stunned by the striking movement of the little girl, some Nigerians on Twitter have named the girl Baby Investor Interestingly, the girl was adorning a blue shirt and a black short, colours which are synonym with Sabinus

A Nigerian man who says his little daughter walks like Sabinus has posted a striking photo of the girl. The pretty girl whose name is Ekom was seen in the nice photo posted on Twitter by her father on Saturday, November 6.

The girl’s father identified on Twitter as The Environmantalist wondered why his daughter walks that way.

A lot of Nigerians on Twitter who have seen the girl and way she walks have admitted that her posture with that of Sabinus are almost the same.

Reactions fro Twitter users Nigerians on Twitter rushed to the comment section of the tweet to say one or two things about the little girl. See a few of what they are saying below: @Odoemena58 said: “She’s an investor.”