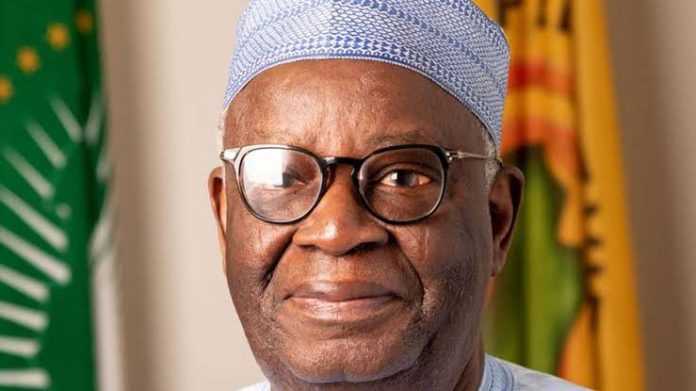 According to him, Nigeria’s projection to be the third most populated nation in the world after India and China by 2050 should be a yardstick for the inclusion.

Nigeria has been demanding membership in the UN’s security council. In 2017, Tijjani Bande, the country’s permanent representative to the UN, described the security council as old-fashioned and undemocratic.

He asked the UN to show a good example and not veto the entirety of the global community into the hands of a few countries.

Babatunde Nurudeen, permanent representative of Nigeria to ECOWAS, had also demanded a restructuring and expansion of the UN security council.

He said it would correct the injustices to Africa in the composition of the 15-member body and reflect the interests of all the constituent regions.

While addressing members of the Legislative Mentorship Initiative (LMI) on a learning visit to the state house at the weekend, Gambari said Nigeria cannot be ignored in international affairs, considering its contributions to international peacekeeping and economic potential.

”I think you are fortunate to be born a Nigerian. By the year 2050, according to UN statistics, Nigeria will be the third most populous country in the world after India and China,” the former special adviser to the UN secretary-general on Africa said.

“A country that is the third most populated in the world must remain united, strong and prosperous and cannot be ignored in international affairs.

“If you are the third most populous country in the world then the campaign for a permanent seat in the United National Security Council is one that we will find enormous support for because you cannot ignore its people and potentials.”

Gambari commended the president for laying a solid foundation for youth empowerment.

He said the recently signed Startup Act has the youth as major beneficiaries as it recognises their creativity and empowers them as productive entrepreneurs.

He added that Buhari was committed to leaving a free and fair elections legacy and would be remembered for his infrastructure across the country.

“Mr. President will be remembered for his commitment to free and fair elections in this country,” Gambari said.

“He has said many times that Nigerians must be respected, their votes must count, and he is committed to leaving by the time the administration comes to an end on May 29, 2023.

“When people talk about the legacies President Buhari is leaving behind, it is important to mention the infrastructure legacy- the 2nd Niger Bridge, the Lagos-Ibadan expressway, the Abuja-Kano expressway, the network of roads and railways across the country, the ports and the power sector.

“It is important to emphasise power because without it and infrastructure the full stature of a nation cannot be realised.”