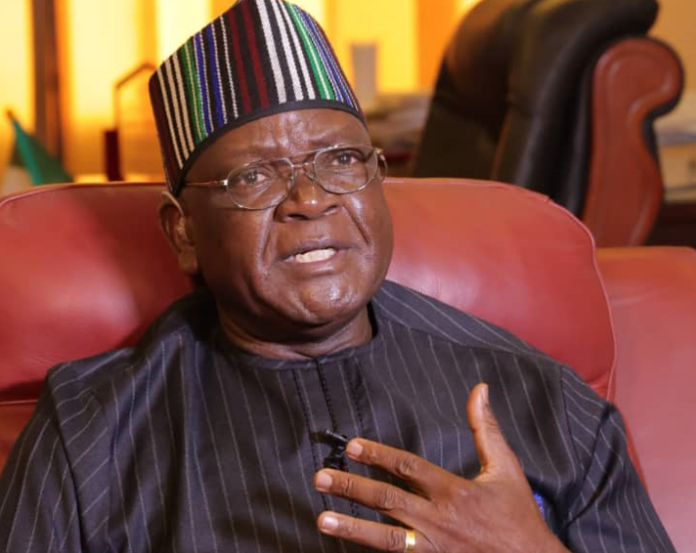 Benue Governor Samuel Ortom has explained why he stands with his Rivers counterpart Governor Nyesom Wike on the crisis rocking the Peoples Democratic Party.

He said Wike has never abandoned Benue in its trying moments.

The PDP Governors also known as G-5 are in Benue State to commission some projects executed by the Ortom-led administration and witness flag-off of the PDP campaigns.

Ortom said he has stood with Wike and will not abandon him because “this is a man who stood with us in our trying moments when Benue State was under siege by Fulani terrorists.”

“He came out and did not fear the threats about federal might and what have you. I will stand with him and I remain with him because I am not a betrayer.”

Ortom recalled that Wike who is a chieftaincy title holder in Tivland as the ‘Igyuve i Tiv,’ “was the first person to come out and roar when I was attacked by the Fulani terrorists. He told Nigerians that if you kill Ortom, you have killed Nigeria.”

“Wike came out, brought stakeholders from Rivers State and offered solidarity and faith with Benue people and gave his commitment. As if that was not enough he committed money, noting that “subsequently, the money Wike committed in offering several unsolicited interventions to Benue was over N700 million.”