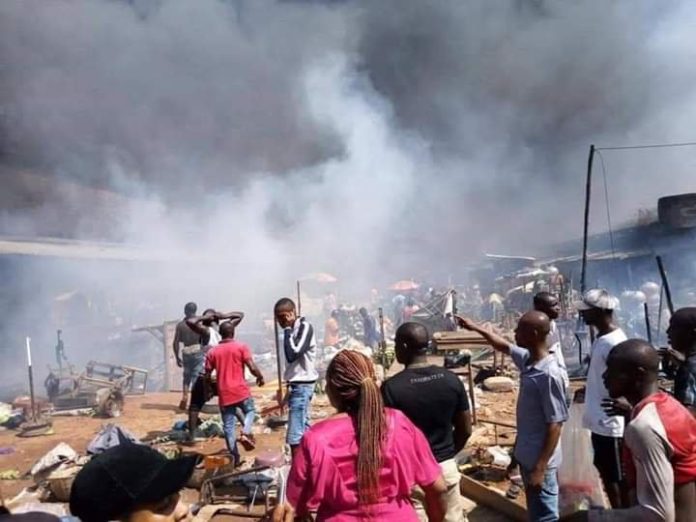 Goods worth millions of naira were on Tuesday destroyed in a fire outbreak at the popular drug (Ọgbọ Ọgwụ) market in Onitsha, Anambra State.

The cause of the inferno, which affected a section of the market, is yet to be ascertained as well as the number of casualties at the time of filing the report.

Director, Fire Service in the State, Engr. Martin Agbili confirmed the fire incident but said the cause of the fire is yet to be ascertained.

He said the fire affected a section of the market.

“The cause of the fire and extent of damages is yet to be ascertained, but my men are currently at the scene battling the fire,” he added.

Police spokesperson Tochukwu Ikenga, who also confirmed the incident said: “The situation is under control. The Deputy Commissioner in charge of Operations is currently there and the fire service operatives are also on grounds.

“Further details shall be communicated please.”