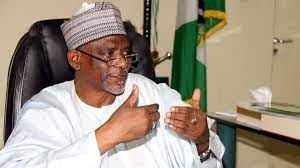 Recall that the Federal Government, through the Minister of Education, Mallam Adamu Adamu, ordered the removal of sex education from the curriculum last week during the Ministerial Session of the 66th National Council on Education in Abuja.

Adamu argued that sex education should be left in the hands of parents and religious institutions and not be taught in schools in a manner that would further corrupt little children who are already having access to phones and technologies.

The Minister stressed that Nigeria is a religious country, hence the morals and values taught in the Church and Mosque in addition to efforts of the parents were enough to bring up a child with solid character.

In their open letter to the minister, the Civil Society Coalition on Sustainable Development (CSCSD) faulted the government’s stance, arguing that sex education should be taught in schools and urged the FG to avoid conflating sex education with sexual intercourse.

They clarified that sex education won’t include teaching pupils about sexual intercourse.

The CSCSD in their statement signed by their chairperson, Prof. Olubunmi Ashimolowo and secretary Rev’d Peter Ishaya Kuzaswat, urged the FG to sex education as an effective way to curb the rising spate of sex crimes like child molestation, rape, sodomy, prostitution.

Part of the statement read, “Sex education is the correct orientation given to a child in order for him or her to be guided appropriately about it anywhere, anytime and with whoever.

“Sex education lays emphasis on anatomy of their body, the functions, societal expectations, age of responsibility, and implications of their actions and inactions about sex. Sexual intercourse on the other hand is the sexual engagement between two persons who should agree to have it. Teaching of the latter is not the objective of sex education.

“Honorable Minister Sir, the Nigerian Educational Research and Development Council (NERDC) will be able to brief you appropriately if you ask them what the subject synopsis of sex education is. The idea behind it is to open innocent children to the realities of sex around them, the danger that accompanies it and the strategies they need to navigate through any issues if they find themselves at any point in any mist growing up. At least, they are of age to determine if it is what they want or not.

“Sir, we live in a world where a father is taking advantage of his daughter, mother having canal knowledge of her own son, priests taking advantage of their congregants, irrespective of age. Why should we at this point restrict teaching about this make or mar subject to just parents or religious leaders? The internet and social media we must admit are already exposing them to it, of which sex education in the school curricula could straighten crooked paths caused by the internet and social media.

“This is a time when other climes are already inserting it into their nations orientation agenda. In the United Kingdom, there is a TV series already blazing the trail titled “Sex Education”. It has won several awards because of the message it is sending to the populace about sex education. It is not time to limit it to the parents but all relevant institutions including the school and with the right choice of words.

“An average child trusts what the teacher says more than what their parents have to say. We think the approach, instead of phasing the contribution of the school out of the subject, should be to encourage it for further deliberations at home as well, while parents are also re-orientated to discuss the subject with them. An average African parent is too shy to have such conversation with their child (ren). The only time some parents ever acknowledge that there is something called sexual intercourse is after their child had gotten married. Sex seems to some children like a mystery.

“Sir, an average African man would not discuss anything with their child around sex. Most of us learnt all that we learnt on our own. The boy child is not tutored on the reason why his penis would go up early in the morning. The girl child does not understand why her breast develops bigger than her male counterpart. An average African girl child knows next to nothing about menstrual cycle until her very first day when she would run to her mother or guardian to tell about the mystery blood in her pants. And most of the time especially the mothers of the southern decent would say, “the blood means if a boy should touch you, you would get pregnant”. No further explanation or anything. Most of the girls will go to school the next day and start avoiding boys only for her to be mistakenly touched by one and discover she has not gotten pregnant. Then she would believe the mother is only playing on her mind and would not find her comfortable to talk to anymore. Later on someone else would touch her private part and since her mother didn’t tell her penetration is wrong at her age, she would give in and refuse to tell anyone, she would start enjoying it and either come down with sexually transmitted infections or even get pregnant. The same way the boy child would feel.

“Honorable Minister Sir, we have had cases of a 5 year old child trying to explore with another child of opposite sex not because they have been taught by anyone but because they know their sexual organ is different and want to test it by putting their organ on each other. If those children had been appropriately briefed about timing and meaning of responsibility, the negativities and benefits associated with doing it, it would have gone a long way in shaping their mind towards knowing when they are old or responsible enough to do it.

“You should be aware that your generation and others born before 2000 didn’t get to know anything about sex until they were caught in one mist or the other. For most within that age bracket, their first experience was not the one spoken about by their religious leaders or their parents but what they accidentally got to know in the course of exploring on their own, abused by their friends, their siblings, parents or even their religious leaders. Of which if they had been appropriately equipped with the right information, they won’t get lost, confused, entangled, or be cajoled into doing it.

“As you maybe aware Sir, everyone gets sexually aroused and for a child that is already aware of the implication of every move, he or she would have resisted any suspected move or raise the alarm.

“Sir, it may also interest you to bear in mind that in our religious centers, children are only told not to be involved in sin of all kinds and if at all some talk about sex it is not with the full details. Some of our priest do not even like to talk about sex in public because to them, it is unholy to talk about it with a holy mouth.

“Therefore, it should not just be the responsibility of the parents and the religious organizations rather, it should involve every relevant stakeholder because the present situation at the moment is bad, it may get worse if your directive is adhered to. We respectfully implore you the Honourable Minister of Education to rescind your order and allow Sex Education in the school curriculum as stated.