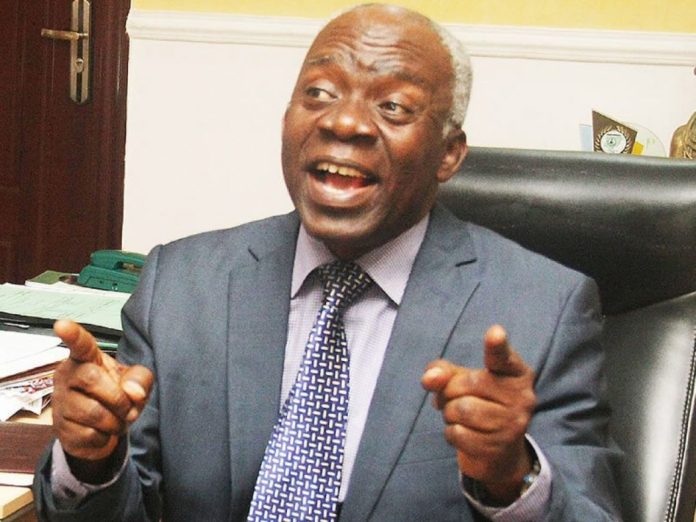 Rights activist, Mr Femi Falana (SAN), has urged the Federal Government of Nigeria to stop provoking members of the Academic Staff Union of Universities (ASUU) in a dispute over wages.

Falana stated this while speaking on Channels Television’s Politics Today, on Tuesday.

According to him, the lecturers should be paid their full salaries for the months they were on strike.

Recall that ASUU members were on strike between February and October this year, crippling academic activities in public universities across Nigeria.

READ ALSO: We are not casual workers, says ASUU

ASUU called off their eight-month strike on Oct.14 after the National Industrial Court (NIC) ordered the lecturers to resume.

However, the Federal Government paid half-salaries for the month of Oct., angering ASUU members.

The Federal Government had explained that the lecturers were paid based on the days they worked in the stated month.

However, speaking on the development, Falana, a counsel to ASUU, said on Tuesday, “The doctrine of ‘no work, no pay’ is totally inapplicable to ASUU members.

“We are asking all Nigerians who mounted pressure on ASUU to call off the strike . . . all of us have a duty to prevail on the government to stop provoking the lecturers.”