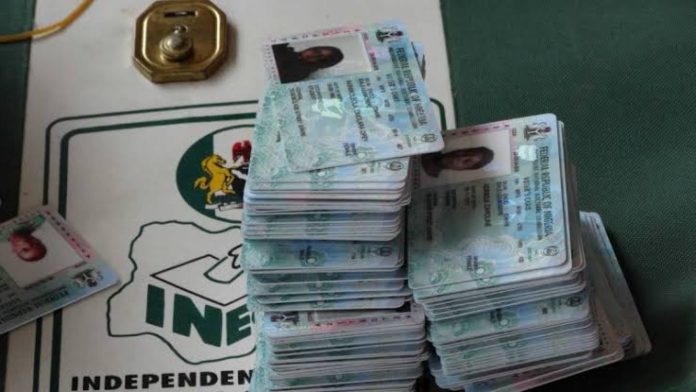 The Independent National Electoral Commission (INEC) has revealed that about 65,000 uncollected PVCs were destroyed in the fire that engulfed one of its Local Government offices in Ogun State.

Festus Okoye, INEC’s commissioner for information and voter education revealed this on Thursday.

The INEC office was set ablaze by hoodlums in the Abeokuta South Local Government Area in Ogun state.

Okoye said in a statement that the centre was “attacked” and “set ablaze”.

“The incident occurred around 1:15 am when some unidentified persons overpowered the security personnel on duty and set the entire building ablaze.

“The main building and all the commission’s movable assets in the office were destroyed. They include 904 ballot boxes, 29 voting cubicles, 30 megaphones, 57 election bags, 8 electric power generators, and 65,699 uncollected permanent voters cards (PVCs).”

The outbreak at Ogun State was the latest in a series of fire incidents in INEC offices around Nigeria.

Findings at the scene of the incident in the Oke-Iresi area of the town in Osun revealed that unknown persons set the building on fire using “bread bombs”, which are made with baked flour soaked in petrol.

Many newly-registered voters in Nigeria are yet to receive their PVCs, partly because registration for voter eligibility ahead of the 2023 presidential elections lasted until August 2022.

Nigeria’s presidential election is set to hold in less than four months—on February 25, 2023.