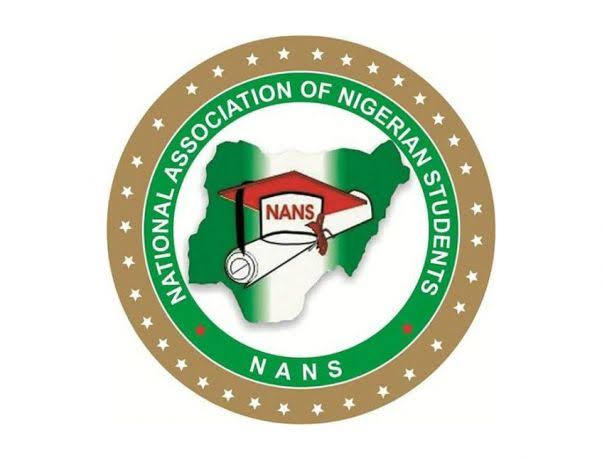 The National Association of Nigerian Students, South-West zone, has kicked against the reported half salaries being paid to lecturers under the aegis of the Academic Staff Union of Universities by the Federal Government.

NANS, in a statement by its SW zone, obtained on Thursday, and signed by its Coordinator, deputy Coordinator and Public Relations Officer; Adegboye Olatunji, Alao John and Awoyinfa Opeoluwa respectively, said the Federal Government had failed to prioritise education under the present administration.

NANS said paying half salaries to lecturers was capable of dampening the morale of lecturers, which in turn, will affect the students.

“The actions, inactions and body language of President  Muhammadu Buhari led administration have left us with no doubt regarding the low priority shown education under this government.

“And like the proverbial King who reigned during a period of widespread discomfort, the degeneration and acute deterioration experienced in the educational sector will not be forgotten in a hurry by Nigerians.

“Just as Nigerian students are finally able to smile after the suspension of an eight-month-long ASUU strike, the Federal Government in their usual retrogressive inclinations has deemed it ‘wise’ to pay half salaries to members of ASUU. This ill-advised action, if allowed to stand, will not only set a bad precedence, but ruin the already tattered morale of our lecturers and further weaken the already debilitated trust between the said union and the government,” NANS said.

NANS said ASUU only suspended its eight-month industrial action in obedience to the National Industrial Court and the intervention of some well-meaning individuals.

“As a matter of fact, we have it on good record that Ngige particularly was willing to crash the entire sector just to bring ASUU on its knees and massage his own fragile ego.

“From all indications, if drastic measures aren’t taken, the Federal Government and its overpaid employee; Ngige seems ready to bury the entire educational sector,” the students said.

NANS claimed that if ASUU chose to boycott work again as a result of the decision of the FG, “the government might as well forget about tertiary education completely.”

The student body, sympathising with the lecturers, said while the no-work-no pay policy may make sense in some instances, the peculiarity of Nigeria’s educational system must be prominently recognised and seriously considered.

“It is well established that upon resumption of academic activities, lecturers must continue from where they had stopped before the strike, and therefore perform all expected responsibilities.

“Consequently, the Federal government has no ground for paying only half salaries,” NANS added.

“As the leadership of all Nigerian students in the entire South-West, we demand that our intellectuals and the moulders of our collective future be accorded their deserved respect and their dignity not be tampered on.”In addition, procedure to pay the remaining balance of their remunerations should be put in motion immediately,” the students concluded.

AF24NEWS recalls that ASUU had sought the cooperation of Nigerians amid the recent developments, as it said it would opt for legal means to further pursue its course. This is as the FG, through Nigige has insisted that ASUU were paid “pro-rata”, that is only for the job done.

The development has also since generated mixed reactions among Nigerians.