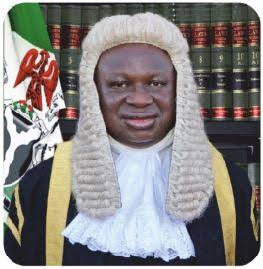 The Centre for Labour Studies (CLS) has applauded Hon. Justice B. B. Kanyip’s appointment to the ILO Committee of Experts in the Application of Conventions and Recommendations (CEACR).

According to Femi Aborisade of CLS’s Legal Research, Justice Kanyip’s appointment is a clear testament to the renowned judge’s sterling character.

In a statement issued to congratulate Justice Kanyip, who is also the President of the National Industrial Court of Nigeria (NICN), Aborisade stated that the appointment is exciting because it comes at a time when the Nigerian judiciary is perceived as morally inept.

He said, “Appointments into CEAR are not on political recommendation by national governments. It is not on account of his being President of the NICN. An appointment into CEAR is based on the reputation of the candidate, not only as a legal expert on a world scale, independent-mindedness, impartiality in judicial decision-making, and high moral character are also important factors taken into consideration.

“Anyone who is familiar with the judicial decisions of Hon. Justice Kanyip would easily come to the conclusion that Justice Kanyip eminently and meritoriously deserves the appointment.

“The judicial decisions of Justice Kanyip are always very comprehensive, unequivocally clear, objective and predictable on the side of justice, according to law. These qualities are the signatures of Justice Kanyip in many landmark Judgments that protect established labour rights and promote other employment rights anchored on international labour standards, which have been incorporated into Section 254C(1) and (2) of the Constitution by virtue of the 2010 amendments.

“Within the constraints of the existing social system that weighs against the working class, many of the judicial decisions of Justice Kanyip may be used either as a sword or a shield in advancing or protecting labour and employment rights.

“In the midst of the perception of moral turpitude woven round the Nigerian judiciary, the singling out of Justice Kanyip for meriting CEAR membership is a positive reference, not only for the Nigerian Judiciary as a whole, but importantly, for those in the judiciary who have courageously remained upright and are not prepared to succumb to social and political pressures.

“We in the CLS celebrate His Lordship, the Hon. Justice Benedict Bakwaph Kanyip, President, NICN, on his appointment as member of CEAR.”