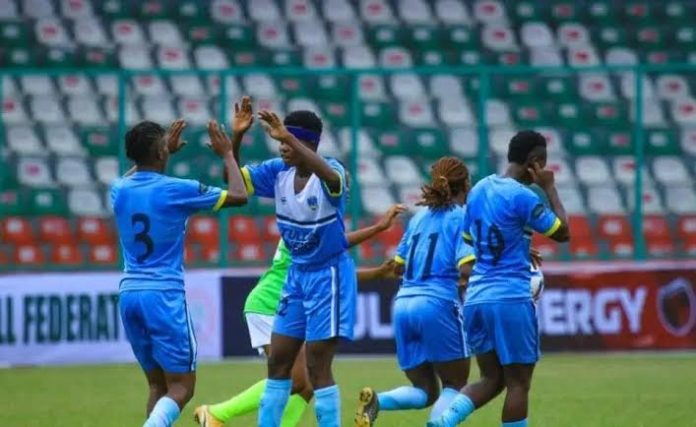 Bayelsa Queens salvaged something from a disappointing CAF Women’s Champions League campaign by claiming bronze medal at the expense of Simba Queens of Tanzania.

The debutants fared better than Rivers Angels, who were knocked out at the group stage at the inaugural edition last year.

Though the Prosperity Girls fell short against top teams like Mamelodi Sundowns and AS FAR, a third place finish on their maiden appearance in the competition is worth celebrating.

The Nigerian champions will also go home with a sum of $200,000 for their effort.

Talented forward, Juliet Sunday scored the decisive goal off a cross from Mercy Itimi on 70 minutes to steer Bayelsa Queens to victory in the game.

Simba Queens tried to find their way back into the game but goalkeeper Bawou Gabrielle stood firm in goal for the Nigerians.
Gabrielle won her second Woman of the Match accolade in the tournament following her brilliant performance.