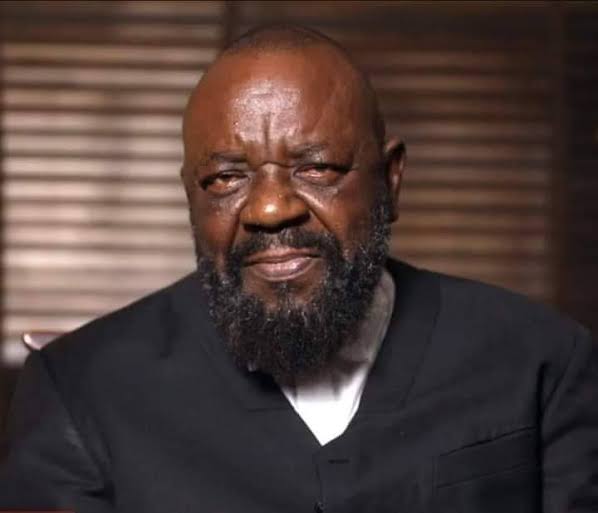 Aloy Ejimakor, special counsel to Nnamdi Kanu the leader of the Indigenous People of Biafra, has said that Justice Binta Nyako of the Federal High Court could not proceed with the separatist leader’s trial because the case is already before the Supreme Court.

Ejimakor said this statement in reaction to Kanu’s absence before Nyako at an Abuja court on Monday.

Recall that the Federal Government’s lawyer said the IPOB leader had refused to appear in court despite being informed, but his lead lawyer, Chief Mike Ozekhome, SAN, argued that they heard about the case on social media.

“My lord, I understand that the defendant declined to come to court today. As at last week, the defendant was intimated of this sitting and he did not object.

“However, when I called the office this morning, I was informed that the defendant woke up and declined to come to court. All entreaties and pleas were made but he refused to come to court,” the government’s lawyer told the court.

Ozekhome, who is leading Kanu’s defence team, told the court that FG’s allegation was strange to him.

“My lord, this is totally strange to me because this is a person that has never hidden his intention to always be in court. In fact, even in processes we filed at both the Court of Appeals and the Supreme Court, the defendant said he would want to be present in court for hearing of all the matters.”

According to Vanguard, Ejimakor said the two previous verdicts of the appellate court and Federal High Court in Umuahia, Abia state were barriers to today’s ruling.

Kanu’s lawyer said what happened today in Abuja was expected because the two rulings had made his client’s case to be pending before the country’s apex court.

“There is absolutely no way she can proceed with the trial of Nnamdi Kanu in view of the jurisdictional barriers created by the Judgments of Court of Appeal and that of the Federal High Court, Umuahia.

“To cap it all, the matter is also pending before the Supreme Court on appeal. No trial court can proceed with any trial that is burdened by these triple factors,” Ejimakor said.