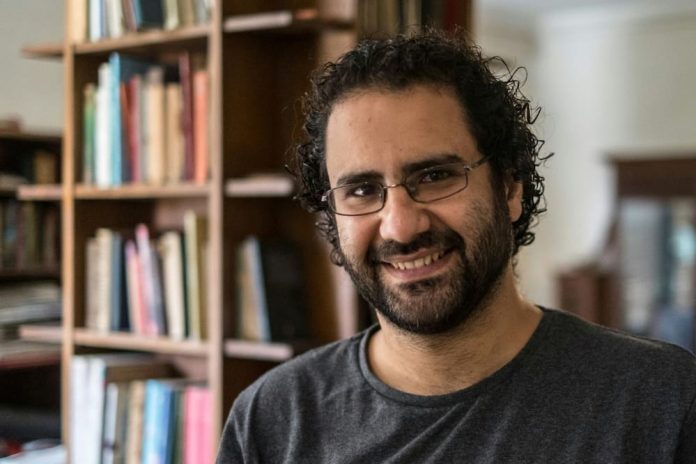 British-Egyptian pro-democracy activist Alaa Abdel Fattah has told his family in a letter that he has ended a seven-month hunger strike in prison in Egypt.

“Bring a cake, normal provisions, I’ve broken my strike. I’ll explain everything on Thursday,” says the letter to his mother, dated Monday.

His sister tweeted: “I don’t know what’s happening inside [the prison].”

It comes a day after his family was given a letter from Abdel Fattah saying had resumed drinking water on Saturday.

The 40 year old had started refusing water on 6 November to coincide with the start of the COP27 climate conference in Sharm el-Sheikh, hoping to pressure Egypt into at least allowing British consular officials to visit him.

Last Thursday, his mother was told by officials at Wadi al-Natroun prison, north of Cairo, that he had undergone an unspecified “medical intervention with the knowledge of a judicial authority”.

Egypt’s public prosecution also released a statement saying a medical report had shown him to be in “good health”, without providing any proof.

Abdel Fattah, who is currently serving a five-year sentence for allegedly “spreading false news”, is one of the most prominent of Egypt’s reported 60,000 political prisoners. Egypt’s governments insists there are none.

The UK, UN, US and several other countries have called for his release.