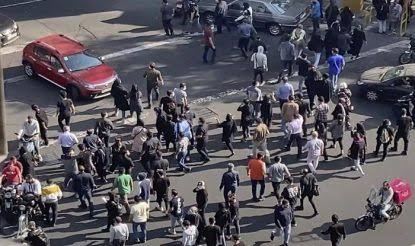 At least five people were killed when “terrorist elements” on two motorcycles shot at protesters and security forces in Iran’s southwestern Khuzestan province.

The state media IRNA made this known on Wednesday evening, citing an unidentified official.

Iran’s state TV said 15 others were wounded in the attack at the market in the city of Izeh. The semi-official ISNA news agency said two gunmen in a car opened fire on people.

Iran’s ethnic Arab minority, who mostly live in Khuzestan, have joined weeks of protests triggered by the death in custody of young Iranian woman Mahsa Amini on Sept. 16.

“Five people were killed in the terrorist attack, including one child, one woman and three men,” local official Valiollah Hayati told state TV.

ISNA said two members of Iran’s volunteer Basij militia were among those killed.

Last month, Islamic state claimed responsibility for an attack on a shrine in the Iranian city of Shiraz that killed 15 people and injured dozens.

The semi-official Tasnim news agency said the seminary school at Izeh was set on fire by anti-government protesters. Videos on social media, unverifiable by Reuters, showed the building on fire while gunshots could be heard.

The protests ignited by the
death of 22-year-old Amini while
in the custody of Iran’s morality
police have turned into one of
the boldest challenges to the
clerical leadership since the 1979
revolution.