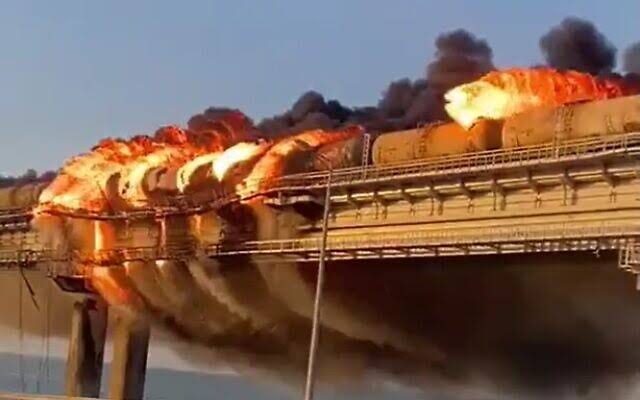 An oil tanker associated with an Israeli billionaire has been struck by a bomb-carrying drone off the coast of Oman amid heightened tensions with Iran, an official told The Associated Press on Wednesday.
The attack happened Tuesday night off the coast of Oman, the Mideast-based defence official said. The official spoke on condition of anonymity as they did not have authorization to discuss the attack publicly.

The United Kingdom Maritime Trade Operations, a British military organization in the region monitoring shipping, told the AP: “We are aware of an incident and it’s being investigated at this time.”
The official identified the vessel attacked as the Liberian-flagged oil tanker Pacific Zircon. That tanker is operated by Singapore-based Eastern Pacific Shipping, which is a company ultimately owned by Israeli billionaire Idan Ofer.
A phone number for Eastern Pacific rang unanswered Wednesday.
AP