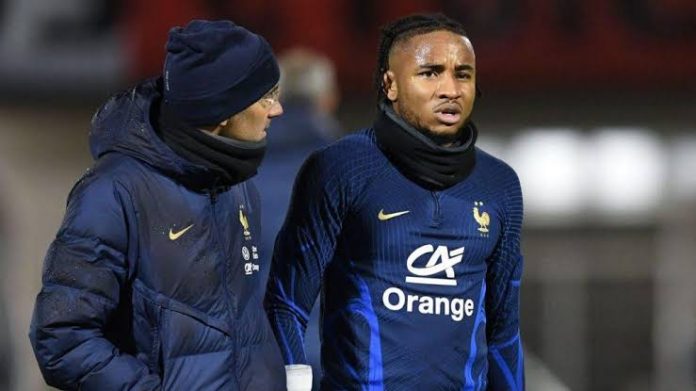 RB Leipzig attacker Christopher Nkunku is going to miss his first World Cup with France as he picked up a leg injury during training.

The 25-year-old was among the new entrees into the French team tipped to take the World Cup by storm.

Real Madrid midfielder Eduardo Camavinga and Nkunku were reportedly going for the ball with the midfielder accidentally hitting Christopher with his boot.

A statement from the French National team states, “during training’ Christopher Nkunku Must give up participating in the World Cup. The whole group shares Christopher’s sadness and wishes him a speedy recovery.”

The Les Bleus are permitted to make a call-up for the replacement of the winger.

Nkunku made his debut for France earlier this year and has gone to be capped eight times.

He has been exceptional for Leipzig this season being the highest goalscorer in the Bundesliga with 12 goals in 15 appearances in the campaign.