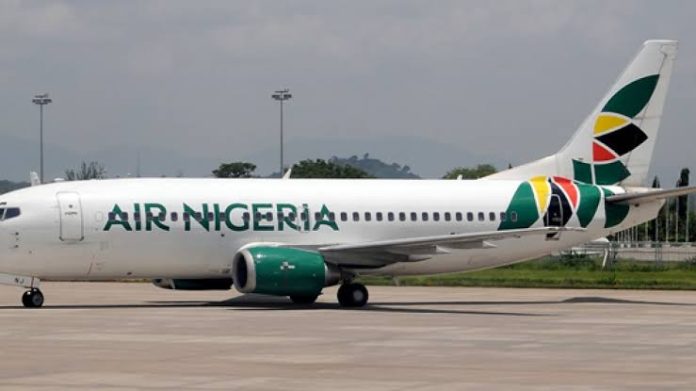 A Federal High Court in Lagos on Tuesday issued an order of interim injunction restraining the Nigerian government from proceeding with the establishment of its proposed national carrier.

It said Justice A. Lewis-Allagoa who granted the order on Friday, November 12, 2022, ruled that an Order of Maintenance of Status Quo by all the parties in the suit restrained them from taking any further step(s) in relation to the subject matter of the suit pending when the determination of the Motion on Notice is granted.

Among other prayers, the airlines want the court to stop the national carrier deal and withdraw the Air Transport Licence already issued to Nigeria Air by the Federal Government and the Nigerian Civil Aviation Authority.

The plaintiffs, therefore, prayed the court to declare that “the entire administrative actions and decisions of the 3rd and 4th defendants in the sale of the shares of the 1st defendant to the 2nd defendant and its consortium is invalid, void and of no effect”.

The plaintiffs also sought “… a declaration that the 2nd defendant was incompetent to bid for shares in the 1st defendant and commence business accordingly.

“An order setting aside the entire bidding/selection process(es) for the “Nigeria Air” project as well as the approval, grant or selection of the 2nd defendant by the 1st, 3rd and 4th defendants in the process.

“An order directing the immediate, fresh and transparent bidding process(es) involving the plaintiffs being the indigenous Airline Operators in Nigeria rightly entitled to participate in the process.

“An order directing the immediate revocation and cancellation of the air transport license (ATL) issued by the Nigerian Civil Aviation Authority (NCAA) to the 1st defendant.”

Nigeria Air is the nation’s proposed national carrier which was unveiled at the Farnborough Air Show in England on July 18, 2018.

The project was suspended two months after it was announced after critics raised concerns over its relevance and sustainability. The proposed airline was expected to gulp $8.8 million in preliminary cost and $300 million as take-off cost.

The national carrier idea was raised many years after Nigeria’s defunct carrier, Nigeria Airways, collapsed due to corruption and poor management.

Last July, the Federal Executive Council approved the leasing of three aircraft to enable the airline to commence operations.

In September, Aviation Minister Hadi Sirika said at a press briefing in Abuja that Ethiopian Airlines emerged as a core investor in Nigeria Air with a 49 per cent shareholding.

“After a careful, detailed and ICRC-governed selection process, Ethiopian Airlines (ET) Consortium has been selected as preferred bidder, offering an owner consortium of 3 Nigerian investors MRS, SAHCO and the Nigerian Sovereign Fund (46 per cent), FGN owning 5 per cent and ET 49 per cent,” Mr Sirika said.

The Letterman: Inside the “Secret” Letters of former Nigerian President, Olusegun Obasanjois a narrative non-fiction curating some of the most significant and historical letters written by former President Olusegun Obasanjo, which compellingly tell the story of his life, as defined by and is defining of the story of his country, Nigeria and the larger African continent.

This tour de force of historical writing situates Musikilu Mojeed as a witness and skillful raconteur who deftly manages to braid far-flung pieces into a magisterial whole that unveils the attitudes, worldview, relationships, emotional complexity and stewardship of this enigmatic global statesman, through the correspondences he exchanged with others.

The Letterman is a product of almost seven years of assiduous research, whose chronicle unfolds from the time of Obasanjo as General Officer Commanding the Third Marine Commando and his wartime efforts, through his tenure as military head of state between 1976 and 1979, his continental liberation struggles and political activism from the 1970s to 1999, his civilian presidential term from 1999 to 2007, as well as his post-presidency era.

These letters essentially tell a story that is as deeply personal as it is painstakingly national, and global. This finds no less testament than in the words of Chief Emeka Anyaoku, a former Secretary-General of the Commonwealth of Nations, whose Foreword to the books declares, in part, that, “I believe that the Olusegun Obasanjo letters will find a prominent place in the chapters of Nigeria’s contemporary history as informative insights into the national affairs of the country when they were written. I therefore recommend this book, The Letterman, by Musikilu Mojeed to the reading public.”